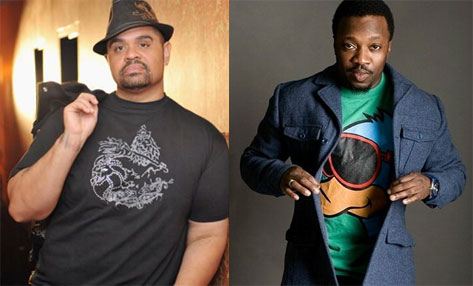 Aside from seeing that he isn't actually that heavy any more, I haven't heard much from the formerly overweight lover Heavy D in a while. The name alone evokes memories from childhood, and I remember busting a sweat in the living room, dancing to "Now That We Found Love." After slowing things down, and raising a family, Heavy's since returned to his Jamaican roots, releasing a reggae album in 2009, Vibes. Now, he's teamed with soul singer Anthony Hamilton on the smooth new single "I Cant," released to the world this week. The track is from a forthcoming album from the former Heavy D & the Boyz frontman, expected to drop this year. While his flow may sound a little dated, it's an enjoyable listen overall.


TAGS:  anthony hamilton, audio, heavy d, heavy d & the boyz
Previous: J-Live Has ‘No Time To Waste’ Next: Jamiroquai Throws Us A ‘Lifeline’