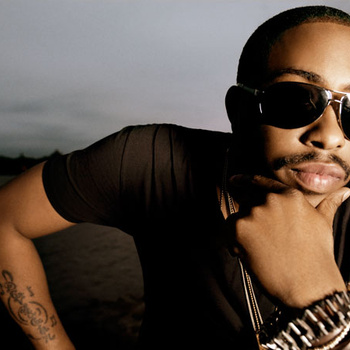 So it looks as if Raheem DeVaughn has jumped on the bandwagon, alongside Kanye, Swizz Beatz, and Timbaland, and started releasing free music on a given day of the week; in Raheem's case it's "#RadioRaheemWednesday's." The track he chose to release this week is a cover of Snoop Dogg's "Wet," which immediately set my side-eye twitching, not because it's a Snoop cover per se, but because I have a long and complicated relationship with Raheem's music. I gave the track a listen, then another, but no matter how much I tried to find some redeeming quality I couldn't. Not. One. Thing. This coulda been cooked up my anyone with a spare 10 minutes and a computer at home. Take a listen for yourself below and download for free here if you feel the need. For those of you who are interested, you can read more about my tortured relationship with Raheem's music after the bounce.
Center

The Love Experience was, in my humble opinion, somewhat of an indie masterpiece and "Who" was
still is my jam. He brought something fresh to the table, and his
"R&B hippie neo-soul rock star" moniker fit well. I felt that things
kinda fell off a bit with Love Behind The Melody, mainly due to the fact that Raheem seemed to be trying to please too many different audiences, but the Floetry-assisted
"Marathon" helped to paper over the cracks that were starting
to appear.


Fastforward two years and we were given The Love And War Masterpeace that was on the one hand something for the lovers and on the flip something a
little more socially conscious. I was confused slightly, and there was no
"Marathon"-esque saving grace on this one for me. It felt like Raheem had lost
some of the edginess his earlier work had hinted at, and had instead
decided to go more mainstream.
Other than his three studio albums, we have also been given numerous mixtapes such as The Street Experience and Jackin 4 Beats, which again left me completely underwhelmed.

Now before
anyone calls me a "hater," I would like to point out that (a) that phrase
means nothing to me and (b) I far from dislike Raheem. In fact, I think he has a
great voice and have heard that he puts on a fantastic live show (when
he performed live in the UK you would have thought it was the second
coming of Marvin Gaye from my Twitter feed). I just feel, however, that the
music he is releasing lately does not match up to his obvious talent.
Additionally, this current trend of releasing free tracks/mixtapes
regularly--and this dosn't just apply to Raheem--is starting to
undermine the quality of the music and only serves to dilute the power
of of an artist's catalog.

With regards to Raheem's career, one great album, one so-so album, and one album I'm
not really feeling I can deal with. Bring on album number four, Raheem, and I might
change my mind. Something great, something so-so, something I'm not really feeling, plus 57 underwhelming mixtapes and a handful of subpar tracks just amounts to...Raheem who? Of course, this is solely my opinion. Feel free to disagree or agree, and leave your thoughts in the comments.