Rhian Benson Returns With Something New For ‘You’

For the past couple of years, we've seen numerous comebacks by soul artists who've let quite a bit of time lapse between releases. The successful returns of Maxwell, Sade, and El DeBarge immediately come to mind, and this year we'll surely add some more names to the growing list, including Rhian Benson who is in the midst of a comeback right now. Benson gained quite a following amongst the neo-soul set with the release of her 2003 debut, Gold Coast, but after two singles, she all but disappeared. However, late last year news of her return to the scene with a single popped up on my radar, and I was surprised to say the least. The song, "Better Without You," now has a video to accompany the empowering track about that moment when you realize that you can do bad all by yourself. Maybe that's why the video just features Rhian all alone, simply singing with a flower in her hair. That's all that we see for the bulk of the clip until she washes her face and hands later in the video, presumably a tie-in to the new album's title, Hands Clean. It's not the most exciting video treatment, but she's quite beautiful to look at and the song is a pleasant reintroduction to her sound, which we'll get to hear more of when Hands Clean is released on February 14th. 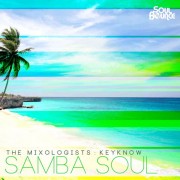