We’ll ‘Take’ Whatever We Can Get From Jazmine Sullivan 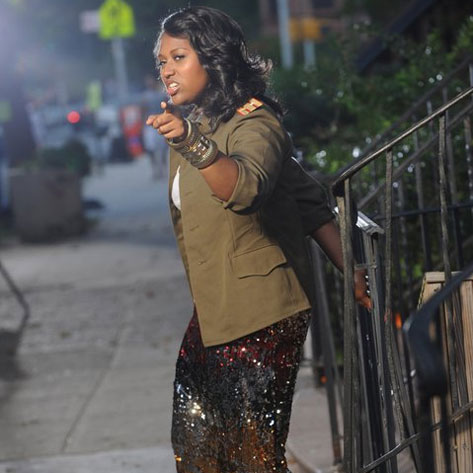 Just a few weeks ago when news of Jazmine Sullivan's early retirement hit the net, I almost had a cow. Luckily for me and other fans, she retracted her rant, deciding instead to take a break to regroup. While she figures it all out, hopefully she'll also take some time to reevaluate her team and whoever is choosing the songs that go on her records. A widespread complaint when Fearless dropped was that none of the good songs that leaked (and there were many) made it onto the record. In the case of Love Me Back, in my opinion the album was better than her debut but still not a beginning-to-end classic. Now that we're waiting to see what Jazmine's next move will be, more music of hers has leaked, and in the case of the song "Take Over Me" I'm left scratching my head wondering why this wasn't included on either of Jazmine's two albums. Now this is a hit. Produced by Anthony "Ant" Bell, Jazzy unleashes her inner sex kitten and tells her man to just lay back and enjoy the ride. Rawr. Her delivery is more subdued, lending to the bedroom-ready nature of the track. I'm loving the hell out of this and really need Miss Sullivan to get her mind right and make more music along these lines. Sidebar: Is it just me or does this sound like it could have been a Tweet song? [H/T: TIR&B]
Center