Will You Go Out Of Your ‘Way’ To Listen To This Bobby Brown Track? 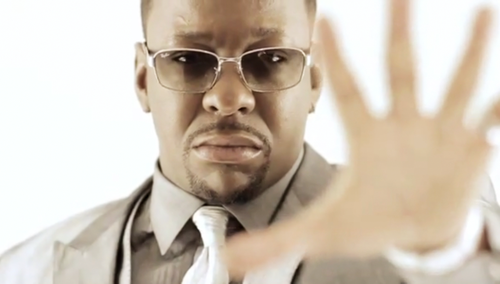 The last time I checked, Bobby Brown still wasn't the "King of R&B" any more than he was back when then-wife and partner in crime Whitney Houston declared it so way back when. I've always had a soft spot in my heart reserved for Bobby because, once you've had a poster of someone on your wall during your middle school years and swore you were the "Tender Roni" he was describing on Don't Be Cruel, you can just never go back to viewing Bobby as just another washed up '80s superstar. "Get Out The Way" is Bobby's new track that surfaced this weekend and while I don't absolutely love it, it's a good start to his possible return at least to releasing tracks via the internet. His new project is rumored to be dropping this spring. I don't see this being played on the radio, but then again I have no idea what is radio fodder these days. Take a listen and let us know is Bobby needs to keep at it or quit while he's ahead with his legacy intact.
Center