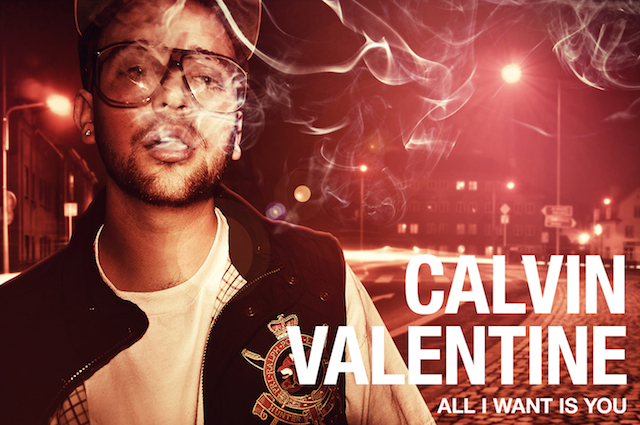 Vocal effects, when used in the right context, can really enhance a track. Auto-Tune has been the bane of many a music lovers lives over the last few years, however the vocoder still remains a key instrument in many an artist's arsenal, particularly those looking to recreate that authentic late '70s/early '80s funk sound. Well, producer/rapper/singer Calvin Valentine isn't stepping back into that bygone era, but he has used a vocoder to record the entirety of his new track "All I Want Is You." Taking a leaf from DaM-FunK's heavily synthesized, '80s inspired electro-boogie music, Calvin has crafted what could quite easily stand alone as a great instrumental, however the addition of the distorted vocals are a nice finishing touch. The song is taken from his upcoming Valentine's Day album, which, you guessed it, will be released on February 14th. [H/T: FS]