Kadija Kamara Is ‘Talking’ To Herself 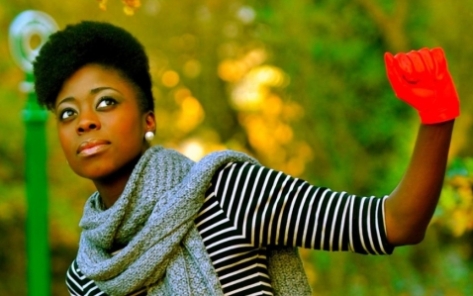 A staple on London's live soul scene, Kadija Kamara has performed alongside modern soul greats such as Anthony Hamilton and Omar, in addition to performing regular solo gigs and contributing vocals to dance tracks from the likes Fanatix, Joey Negro, and Zed Bias (aka Maddslinky). While she has been busy performing and holding down a 9-to-5, Kadija has been hard at work on her debut EP Changes, which is set for release on February 14th. The four-track EP encompasses soul, a touch of jazz, and even elements of folk and rock that, while short, sounds very, very sweet.

The four-track EP encompasses soul, a touch of jazz, and even elements of folk and rock that, while short, sounds very, very sweet. Kadija wrote all the tracks herself and produced three of the four tracks (with input from Nathan Allen and Bias); impressive given the polished feel of the debut. It's hard to pick a standout, but "Talking 2 Myself" has an instantly ear-pleasing melody and an addictive hook that is the antithesis of the usual "money, cars, and Cristal" subject matter of mainstream urban music. You can also check out the Changes EPK after the bounce to hear Kadija discuss the inspiration behind the tracks. If you like what you hear, then support the artist by pre-ordering the EP here. UK bouncers can catch her live EP launch in London with tickets available here. In the meantime get yourself a dose of Kadija's brand of soul.