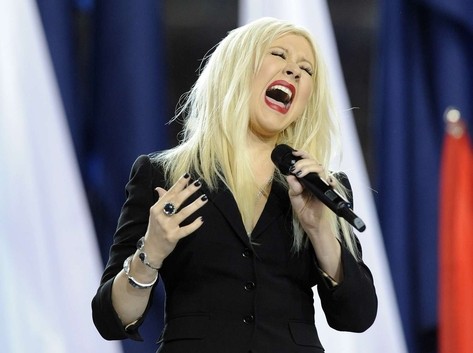 John Eskow, a writer and musician, wrote a short article for The Huffington Post about how the worst part of Christina Aguilera's National Anthem performance wasn't the flubbed lyrics but her excessive, overwrought, run-soaked singing of it that featured "17 different notes for every vocal syllable." To make his point, Eskow used the word "oversouling," a term created by legendary producer Jerry Wexler to refer to the type of showboating that is commonplace in pop music that suggests passion and "soul" when in actuality it's just a hollow misrepresentation of complex singing talent and interpretive skill.

Of course, The Internet responded with a range of claims in the nearly 1,000 comments on the thread that predictably devolved into a heap of confusion and internet-brand prejudice. Eskow responded with two addendums, the second of which opened with the phrase "Racism is heartbreaking, in all its permutations."

He made valid points about melisma and about its abuse in some strands of contemporary music. He hit the nail on the head about Christina Aguilera. He made a hyperbolic and unnecessary statement about Wexler knowing more about soul than any other producer in the history of music. He trotted out untouchables Aretha Franklin and Ray Charles to support his point.

To me, he came off like a white Boomer too caught up in his own insider-ness ("I knew the greatest producer of soul music in the galaxy!") to appreciate the Internet for what it really is: the digital, pixilated, embodiment of oversouling. You write about music and race, however covertly or explicitly, you're going to get some ugly. But I'm more interested what you think, SoulBouncers.

What do you think of the word "oversouling?" Is it race-baiting or is it not worthy of the drama?