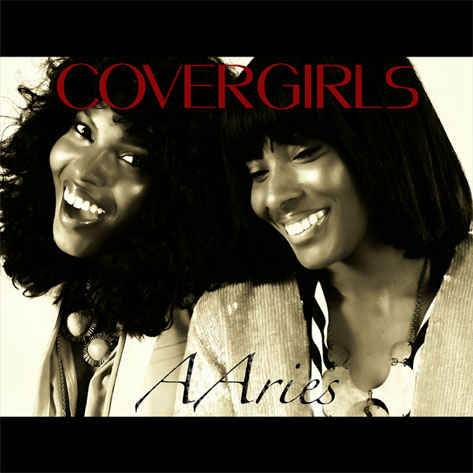 AAries are ready for their close up with today's release of their mixtape CoverGirls.
The Hipps sisters have been waiting for this moment for a while and so have their fans who always remembered their lovely voices from working with Musiq Soulchild and wanted to hear more from them. That hunger is finally satisfied with this six-song EP of remakes of songs by Janet Jackson, DeBarge, The Emotions, and more. It's hard to believe that this is their first project, but it's simply the first one to be released. They've recorded lots of music, but most of it is locked away in some label's vault. Not to worry, however, because now they're doing things their way, and they are destined to win if CoverGirls is any indication.
This EP is excellent, and I'm not just saying that because AAries are now part of the SoulBounce family. Featuring brand new remakes, previously unavailable covers, and an oldie but goodie with Musiq, CoverGirls is just that good. Ayana and Ayinke sound better than I remember, and this is a great primer for everything that they have in store for us this year. Listen to the ladies take on Janet's bedroom classic "Funny How Time Flies (When You're Having Fun)" and Chrisette Michele's "All I Ever Think About Is You" then go on and download your new favorite mixtape right now.
Center