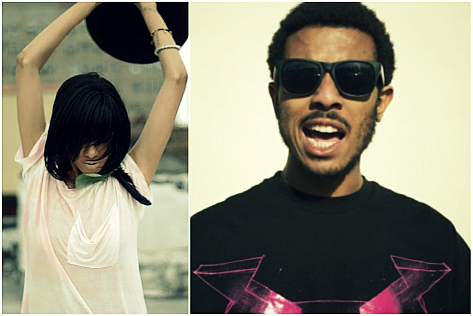 In stark contrast to Blu and Jack Davey's 2009 collaboration on "iFeel"--a syrupy, flirty duet if there was ever one--"Everything's OK" sounds like the inside of a Dance Dance Revolution prototype from the mid '90s. There isn't much bottom to the Flying Lotus-produced beat but that's not the point of this electronic-wave hybrid. The lyrics are essentially a wish list, talking about wanting empty planes when traveling and artwork by Andy Warhol because it costs a lot of money. For some reason, I feel like Miss Jack Davey sounds different on every song, which isn't a bad thing. And Blu's delivery is cavalier enough to really drive the message home that things are probably, in fact, alright.
Center