Anthony Valadez Takes Us To The ‘Islands’ 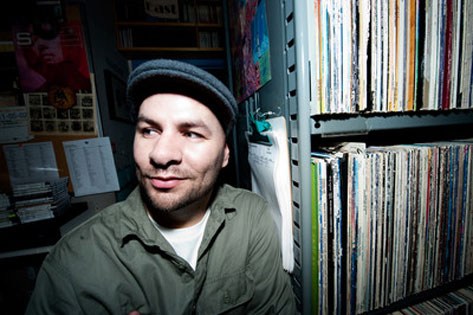 Anthony Valadez's first two releases, 2009's Audio / Visual and last year's remix album, introduced us to his lush soundscapes. Word is that he's hard at work on a third album, and if the song "Islands" is any indication, Valadez will be three for three. "Islands" is an instrumental groove in two movements that will have you head nodding then chilling out to its ambient electronic sound. Known for being a world-renowned DJ, Anthony recorded this live on February 28th and played all of the instruments on the track. After putting in all that hard work, lucky for us he's offering this up for free on his SoundCloud page. Catch this cool right here, and peep a video with random footage set to "Islands" done by Lefto after the bounce.

TAGS:  anthony valadez", audio, lefto
Previous: Eska Mtungwazi Gives Us A Glimpse Of ‘English Skies’ On ‘Rock Of Ages’ Next: Morning Soul: Can You Keep Up