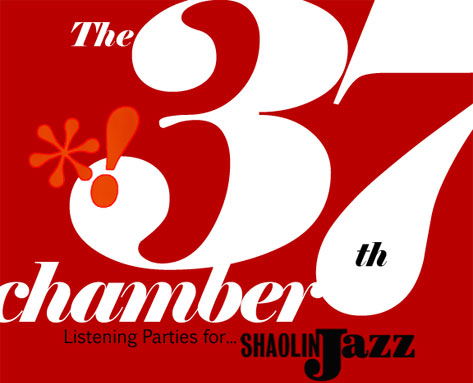 Ever wonder what it would be like to hear jazz versions your favorite Wu-Tang Clan songs? No, not Kenny G-style smooth jazz interpretations but actual Wu-Tang Clan raps set to jazz music. Well, if you have or haven't had that fantasy, lifestyle marketer Gerald Watson and DJ 2-Tone Jones brainstormed such a project up with their upcoming mixtape Shaolin Jazz - The 37th Chamber. Inspired by Logan Walters' Wu Note visuals, Watson developed the idea then put it in Jones' capable hands to produce the collection and execute the blending of various Wu-Tang a capella vocals over jazz tracks. The end result of this labor of love for the Wu is Shaolin Jazz, which will be released on Monday, April 11th. Take a listen to "Astral C.R.E.A.M." from the mixtape to get a sample of what Shaolin Jazz is all about. Once you enter The 37th Chamber, you'll definitely want to stay for a while and vibe.
Center

Prior to the mixtape dropping, there'll be listening parties in Washington, DC, New York City, and Los Angeles to celebrate its release. The DMV is first at bat with the listening soiree scheduled for Saturday, March 26th from 9-11 pm at Palace 5ive in Washington, DC. The NYC event goes does on Thursday, March 31st from 5-9 pm at Rogue Space in Chelsea. Details for Los Angeles are forthcoming, but that party will happen on Saturday, April 9th. Admission is complimentary with RSVP, and details for DC and NYC can be found on the flyers below. 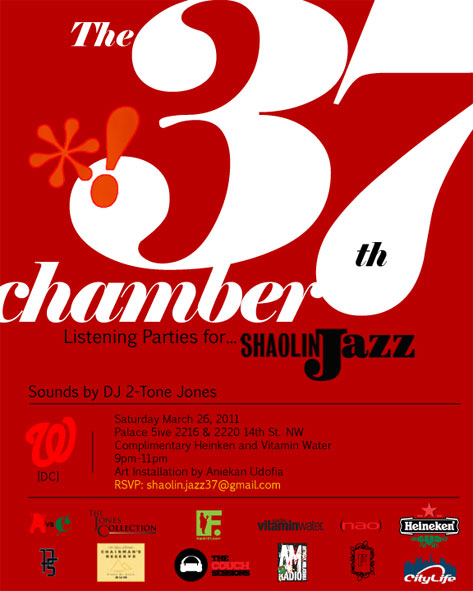 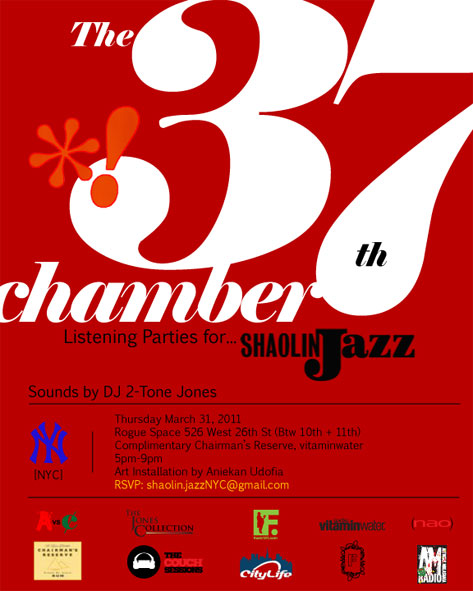