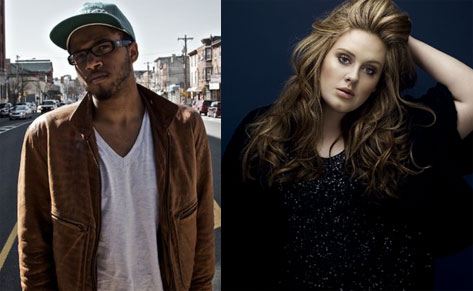 Now that his popularity has increased since his debut mixtape Gilbere Forte' is BLVCK and
his most recent release "87 Dreams," rapper/producer Gilbere Forte' looks to maintain the
momentum by remixing a popular song from a #1 artist. Forte' teamed up with Australian
producers Twice As Nice to mix Adele's "Set Fire to the Rain." This reincarnation of the song
adds some percussion over he slow original, as Forte' spits a couple verses next to Adele's
smooth and pained crooning. Instrumentally, the beat that's added over the original serves it
well and enhances Forte's flow and delivery. It changes it up just enough from its original form.
Lyrically, his clever wordplay about a relationship that just wasn't meant to be doesn't change
the original song at all--it magnifies its message. And his verses match the chorus of the song
perfectly, as Adele beautifully wails about watching the rain burn as she cries over her own
relationship gone wrong. This mix could, and should, get more people interested in Forte's work. Take a listen and let us
know what you think.
Center


TAGS:  adele, audio, gilbere forte, twice as nice
Previous: Morning Soul: There Just Ain’t No Doubt About It I’m In Love Next: Curtiss King Breaks It Down About Pumas, Cubs & Cougars On ‘P.C.C.’