JSOUL Does It His Way On ‘Black Sinatra’ 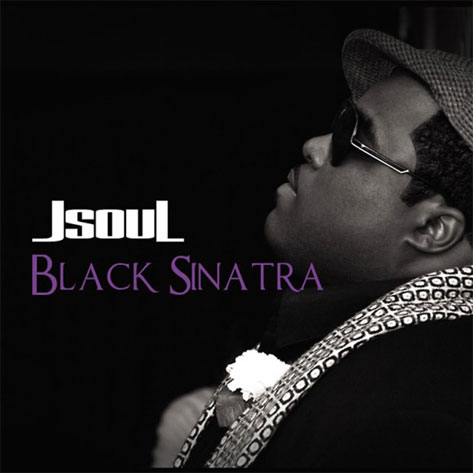 Singer/songwriter/producer JSOUL is one of many talented artists on Baltimore's independent soul music scene. His first album, Urban Retrospective, earned him both popularity and critical acclaim. Even then, you couldn't ignore his raw talent. His vocal control and steady range was clear. Love Soldier followed in 2008, and now he shows us that he has grown even more with his new release, Black Sinatra.
Center

Those familiar with his earlier work awaited this new project with open arms after hearing the first two leaks, "Potential," a hip hop soul collabo featuring Eric Roberson and Substantial, and "Tell Me," a beautiful duet with Carol Riddick. If those songs were any indication of what the full album going to sound like, we all wanted more. Thankfully Black Sinatra delivered the goods. The album showcases JSOUL's butter smooth voice, features an impressive roster of guest artists, and combines it all with slick production. Black Sinatra proves that JSOUL has moved past "emerging" indie artist and has earned himself a seat at the "arrived" table.

JSOUL's signature sound is mellow, but not so mellow that he puts you to sleep. He's found that "just right" middle ground, that allows him to tackle both uptempo and slower grooves, which balances out Black Sinatra and shows his growth and maturity as an artist. There are definitely a few club-friendly beats to be found on the album, but slowing it down a little varies the album's flow and it works on tracks like the heartbreaking "Go Away" and the sensual "It's Up To You."

JSOUL also adds "Up In the Club" to the track list, which has the signature Bmore club beat in the background, because, well, how could it not? While there are usually some hardcore lyrics (and equally hard voices at times) accompanying that beat, it's cool to hear such a controlled and sophisticated melody attached to it. It's a tribute to some of Bmore's homegrown sound, but this track will go way past local appreciation.

Overall, the album has a diversity of sounds that soul music lovers will appreciate and want to hear. With beats that stand out boldly and compliment his vocal talent, each track stands on its own merit but comes together to form a cohesive whole on Black Sinatra. Whether it be soul, hip hop, house, or what have you, JSOUL's voice is awesome in any genre. With Black Sinatra he proves that he's definitely on his way from local favorite to national treasure.


TAGS:  carol riddick, eric roberson, jsoul, julie dexter, substantial, the floacist
Previous: Look Out For The Boom Clap Bachelors Next: Melanie Fiona Is ‘Back’ With A New Video