Are You Ready For The Weeknd? 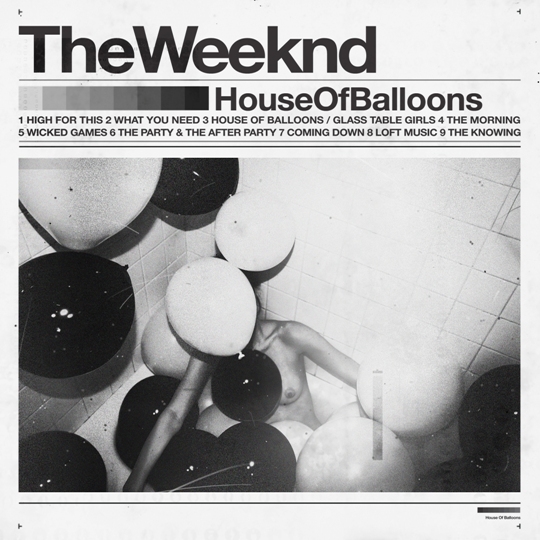 Yesterday I was perusing Twitter, killing some time, when I came across a number of tweets referencing an article in The Guardian newspaper and a collective known as The Weeknd. Given that the tweets were coming from people whom I usually trust with regard to music recommendations, I went in search of the aforementioned article. You can read it yourselves here, but to summarize, the piece is lamenting the fact that traditional R&B is being overlooked in favor of the more hipster-cool variety. Man of the moment Frank Ocean was name-checked, but the writer seemed to have the Canadian alt-R&B trio The Weeknd firmly in his sights. Describing their recent free EP, House Of Balloons, as a "particularly shallow take on a Trey Songz mixtape" the author had me ready to dismiss them, however Speeakz from PINBOARDblog chimed in positively so I thought that maybe it would be worth a listen.
Center

The general consensus is that the trio consists of vocalist Abel Tesfaye and producers Doc McKinney (Res, Santigold, Alice Smith) and Illangelo,
however they are maintaining an air of mystery around themselves -- a
tactic that seems to be generating interest -- and there don't seem to
be any photos or information about them online, even on their official
website. Musically, they have been lumped in with the aforementioned
Ocean and artists such as the XX, James Blake, and even Jamie Woon.
After listening for myself I can see where the comparisons come from;
the dark, moody, after-hours, deconstructed R&B vibe is definitely
there. However, I think that The Weeknd and House Of Balloons are more than capable of standing on their own two feet.

Lyrically,
The Weeknd seem to have an unhealthy preoccupation with profanity,
sex, and drugs, references to which make up the majority of the mixtape, however, it's the production that originally caught my interest.
To rehash descriptives I used earlier, there is definitely a darkness, a
moodiness to the production that clearly incorporates elements of the
new, so-called "post-dub step" movement, making it the perfect soundtrack
for lonely late nights. Abel Tesfaye's vocals are what I'd describe as
unremarkable, however the juxtaposition of his middle-of-the-road
stylings and the production work well and add to, rather than subtract
from, the overall feel.

The nine tracks that make up the mixtape --
a mixtape that could be an album because it flows that well -- are all solid,
if a little indulgent. The repeated use of the F- and N-words will be seen by
many as a shock tactic, designed to cause a stir rather than a
legitimate tool to convey a story or feeling. Similarly, it is hard to
tell whether the drug references (no prizes for guessing what "Glass
Table Girls" is about) and the sex-obsession are genuine or contrived.
I'm sure The Weeknd will divide opinion, some will love it, others will
run a mile, but I for one am curious to see where they go after this.
You can grab the full
release from their official website. A word of warning though, if you download and listen to this at work, please make sure to use headphones.