Sample What Jill Scott Has To Offer On ‘Just Before Dawn’ 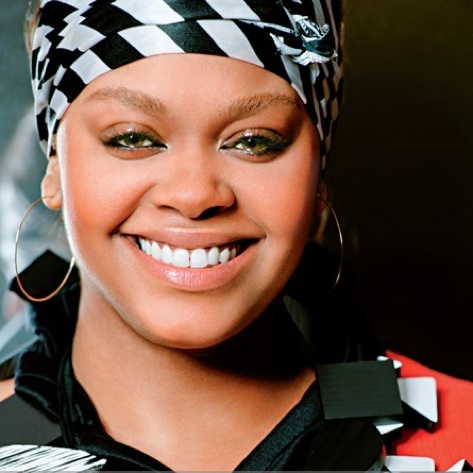 I am sure you have all heard the very welcome news that Jill Scott will be dropping not one, but two albums this summer. Yes, that's right folks, in addition to the highly anticipated Words and Sounds Vol.4: The Light Of The Sun we are also being blessed with Just Before Dawn: Jill Scott From The Vault Vol.1. The latter is being released by her former label, Hidden Beach, as part of the settlement of their legal dispute over Jill's recording contract. Apparently Jill has given her blessing to the compilation and even had a hand in picking the tracks, so it looks like this is a "win win" situation all round. The full tracklist for the compilation has not yet been released but we already know it will feature a cover of the Bill Withers classic "Lovely Day" produced by DJ Jazzy Jeff, which is forming the foundation for a new campaign by Hidden Beach called "Do Good. Feel Better. Have A Lovely Day." In addition to "Lovely Day," we can expect to hear unreleased gems recorded throughout Jill's career, a sample of which you can hear below on Just Before Dawn (Tony's Nuccio's Vault Mixtape) mixed by Tony Nuccio and included with "Lovely Day" when purchased from the Hidden Beach Shop. Songs include "The Light" (Dre & Vidal), "I Don't Know" (Carvin Haggins & Ivan Barias), "Dear Mr & Mrs Record Industry" (James Poyser), and a personal early favorite "Love To Love" (Alric and Boyd). There will also be a "Deluxe" version of Just Before Dawn which will include Jill's entire videography as well as some other treats. Clear 11 minutes from your schedule, sit back, relax, and enjoy!
Center