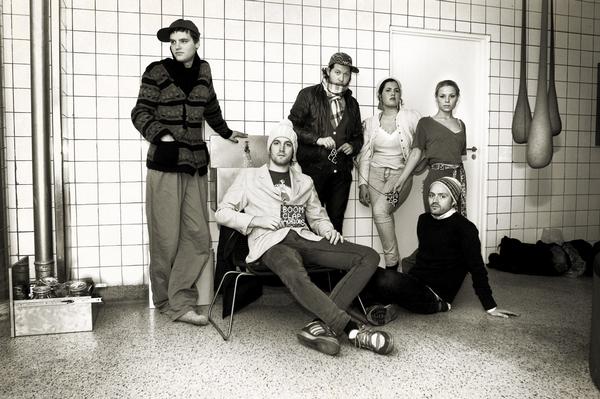 As our attention here at SoulBounce has been focused mainly on Quadron and the individual pursuits of its members Robin Hannibal and Coco O., we thought it appropriate to shine a light on the group that birthed Quadron and facilitated their rise to one of the hottest indie-soul acts on the planet. Boom Clap Bachelors are definitely not newcomers to the game, they already have two albums to their name and have just released their latest five-track EP (six if you count the iTunes bonus track), Mellem Dine Læber. The Danish collective, consisting of producers Robin Hannibal, Ronni Vindahl, David Cytryn, and Thomas Bisballe, and vocalists Coco O. and Liv Lykke, produce songs that, while sung mainly in Danish, definitely have universal appeal. You may not understand what they are singing, but I defy anyone not to get into their groove. You can take a listen to "Løb Stop Stå" featuring the soothing, angelic tones of Coco O. below and bounce back to see the video for "Falder Ind Og Falder Ud," which we posted last month. If you like this little teaser, then head on over to their SoundCloud page where you can stream all five songs in their entirety.
Center