Szjerdene Shows Us ‘The Way’ On Her US Debut 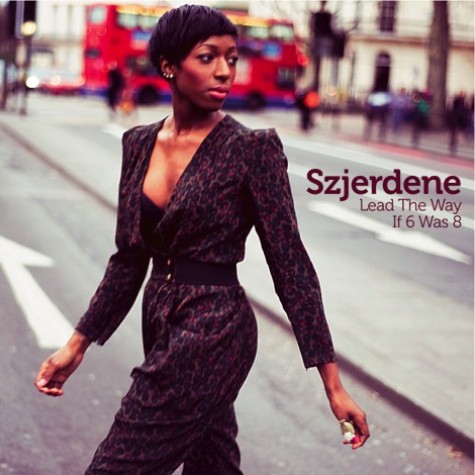 First things first, a huge congratulations to Bounce-Worthy songstress Szjerdene who has signed to indie label Plug Research and can now say she shares a home with other SoulBounce favorites including Bilal, Quadron, Flying Lotus, and Shafiq Husayn. Secondly, I'd like to say "thank you" as she dropped her official debut single "Lead The Way" yesterday, which made a very welcome, if unintentional, birthday present/surprise. We've already had a taste of the Robin Hannibal (Quadron) produced track courtesy of PINBOARDblog's Rehearsal Rooms series, but now we have the fully-formed version for your listening pleasure. The track combines Szjerdene's sweetly soulful vocals over light, upbeat production and is the perfect introduction for those who may be new to her sound. On the flipside of the release is another Hannibal production in the form of "If 6 Was 8." I'm hoping this is just a teaser for a full-length album to come very soon.
Center