Go For A Spin With Solange On ‘Left Side Drive’ 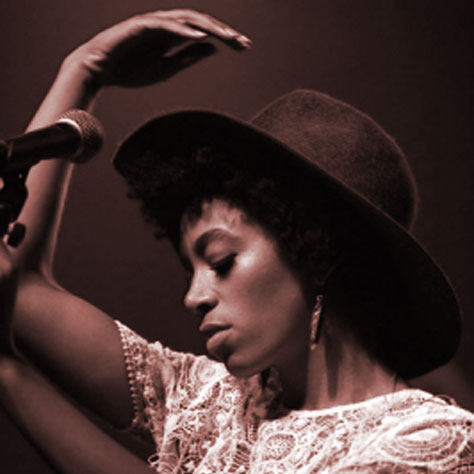 When she's not busy raising her son, DJing, or assuming the role of one of Carol's Daughter's newest spokeswomen, Solange has been working on a follow up to 2008's SoL-AngeL and the Hadley Street Dreams. After reinventing herself on that album, it sounds as if she's turning another corner on "Left Side Drive," a song she recently posted on SoundCloud and announced via Twitter. Recorded a few years ago, Solange smoothly added lyrics on top of Boards of Canada's original instrumental of the same name. Solange previously worked with
BOC on her debut album on the track "This Bird" (a song she also wrote), which is probably why this sounds like such a natural and familiar collaboration. Flipping what is apparently somewhat of an acid-trip anthem, she makes it a soft, conscious, and spirited song.
Center


TAGS:  audio, Boards of Canada, solange
Previous: ‘Your Body’ Will Move To Peter Hadar’s Latest Next: When Ledisi Says ‘Shut Up,’ We Listen