Kenna Breaks The ‘Chains’ With Some Help From Shimmy Hoffa

Kenna, who got on everyone's radar with his sophomore album, 2007's Make Sure They See My Face, which spawned the GRAMMY-nominated single, "Say Goodbye To Love," is back with a new EP -- the first of three on tap this year -- Land 2 Air Chronicles 1: Chaos and the Darkness. According to Kenna's website, "the Land 2 Air series is a check into reality and a decision to not have your aspiration be held back by anyone or anything." Sounds like Kenna will be getting pretty deep on Land 2 Air, but he's getting us to move our feet on the first single, "Chains" featuring Shimmy Hoffa, otherwise known as Chad Hugo of The Neptunes. Aside from loving Chad's new moniker, I'm really digging this track and the three-song EP, which you can currently preview on Kenna's site as well. With the exception of some cool animation, the video isn't as lovable for me, then again I'm not under the influence to make sense of it. Everything comes together in the end, however, in an a-ha moment. Although this video isn't my cup of chai, it's good to see Kenna back and delivering some dope material.
[H/T: OKP] 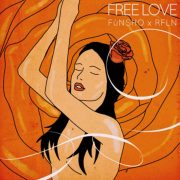 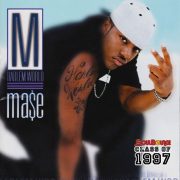 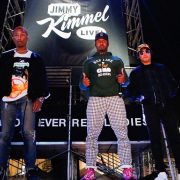