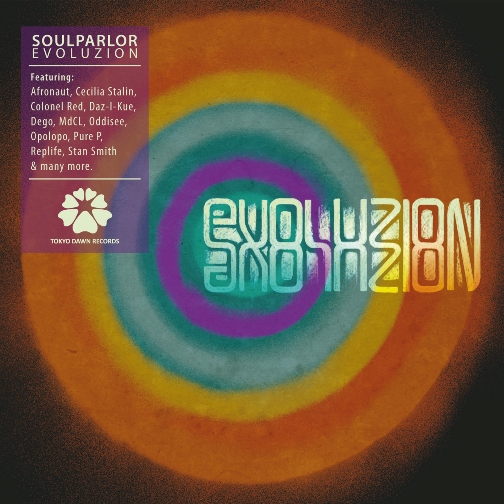 The ever-fantastic Tokyo Dawn label are back with another release, this time from German-based DJ/production collective, SoulParlor. Consisting of Frank Jensen, Frank Lotz and Tobias Müller, the collective have already contributed to Tokyo Dawn compilations The Heart and The Boogie, and are now ready to release their own album Evoluzion ("Noiz U Love" backwards ... clever eh?), which showcases their broken beat productions alongside some very talented vocalists including Cecilia Stalin (Koop), Oddisee, Colonel Red, and Replife. If that wasn't enough, the release features remixes from Mark de Clive-Lowe, Dego (4hero/2000black) and Opolopo amongst others. You can take a listen to "Real" featuring Colonel Red and "Freak Out" with Cecilia Stalin and Raziel Jamaerah below and take a look at the video for "Nothing Ever Changes" featuring Jacob & The Appleblossom after the bounce. The album officially drops on June 3rd, however you can bag yourself a pre-release digital copy here.