What The Game’s Been Missing: Male Groups 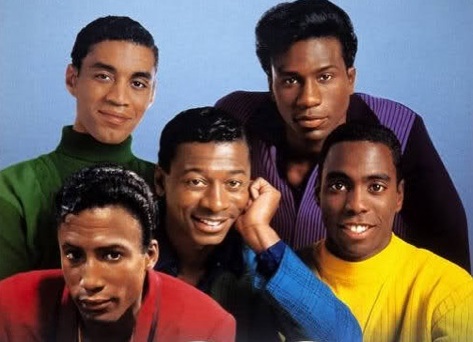 Something is missing in R&B and soul music today. It's not quality content; there are more than enough talented performers out there if you look hard enough to find them. It's not good looks either, because anyone with a stylist can be rendered beautiful in an hour or less. You know what it is?

Not bands like The Roots or The Foreign Exchange. I mean honest-to-goodness, screaming-and-sanging R&B groups. Like The Temptations and Four Tops. The Spinners and The O'Jays. New Edition, LeVert, and Boyz II Men. Dru Hill, 112, Jagged Edge, and Jodeci in all their Timberland-and-tattooed glory.

Groups accomplish more than an individual ever could, as is evidenced by the numerous clichés on the matter -- "no man is an island," "two heads are better than one," "the whole is greater than the sum of its parts" -- and nowhere is this seen more clearly than within the confines of a male singing group.

Group dynamics draw out something primal in its members. There's usually a clear, charismatic front man and the secondary players in the background doing what they can to get a little shine. Intra-group tension ultimately leads to spirited vocal competition, with each one attempting to outdo the other in an effort to squeeze as much funk out of a song as possible. Most importantly, everyone doesn't need to be the best at everything, but merely bring something to the table that can be used for the betterment of the group. Dru Hill's Jazz could never really get off the ground in the "Tell Me" video, but his voice more than made up for his lack of vertical hops. DeVante Swing clearly provided piano dexterity and S-Curl artistry to complement Jodeci's brand of holleration. That is the magic of the R&B group; each member's strength shores up another member's weakness.

In the spirit of The Five Heartbeats, I'd like to assemble a dream team of sorts and draft the most talented men of today's soul scene to craft a new millennium R&B group that would no doubt take the music industry by storm.

This wholesome singer has an affable veneer, but beneath is a sexual beast. Hide your wives and girlfriends,  because they will not be able to resist his boy-next-door charm, the beauty of his voice, or the appeal of his succulent lips. An unassuming bad boy, Erro is guaranteed to send the ladies into a tizzy.

Anthony David possesses a granular voice that would add both texture and depth to the group. He is unblemished by the vagaries of the music business, and with his biting wit and sarcastic nature, he provides the comic relief. Alongside Roberson, they'll have the ladies listening attentively and laughing right out of their clothes.


Maxwell's shy guy demeanor belies a powerful voice that is sure to make the ladies melt. Extra points for his 1996 afro, which would distinguish him from his colleagues. He offers a funky, offbeat personality for those who don't like the dramatic antics of the lead singer.

A newcomer to fame, he has the ambition to move up to the lead role. Also equipped with the body of a gladiator, Timothy will invoke the spirit of R&B legends like K-Ci and Bobby Brown and be moved by said spirit to remove his shirt during live performances, much to the delight of female fans.

Tempestuous, brooding, and aloof, Bilal is as temperamental as he is talented. He is the David Ruffin to this group's Temptations, the Eddie King Jr. to their Heartbeats. He is capable of throwing a fit that would derail the success of the group, but he should be careful because Timothy Bloom is coming for his microphone.

Apart these men are merely great; together they would be phenomenal. This group is the antidote to the rash of R&B dudes that are so desperately trying -- and failing -- to convey the complexities of love via canned, pop-riddled R&B music. Why not take the proven methods of yesterday, create a soul supergroup, and provide the game with what it's been missing: men collectively working together to make women swoon.