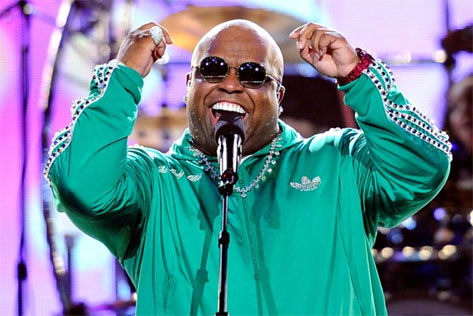 It seems like you can't throw a rock without hitting a new or unreleased track from Cee-Lo Green. The past few months have seen numerous collaborations and solo efforts surface, and he also recently put out the video for "I Want You." Now, another unreleased track from his Lady Killer sessions has been leaked. You can tell why "Bridges" didn't make the final album, not because it's not good but because it didn't fit in with the loverman vibe of the rest of the album's tracks. It was produced by The Neptunes, but you wouldn't to able to tell by the song's sound. Instead, they go for an older '60's-influenced sound like they did with Solange's "I Decided." A lot of the signature flourishes associated with them are absent here, instead replacing them with a bed of bass and keys to compliment Cee-Lo's voice. Speaking of which, Mr. Green sounds great here as he waxes poetic about being a bridge to heal the world's ills. It's a great, positive message that has the feel of "O-o-h Child" by The Five Stairsteps and a refrain that is sure to put a smile on your face (I can already hear it being played in a commercial for the United Way or some other community organization). Go ahead and press play to get your daily dose of sunshine.
Center