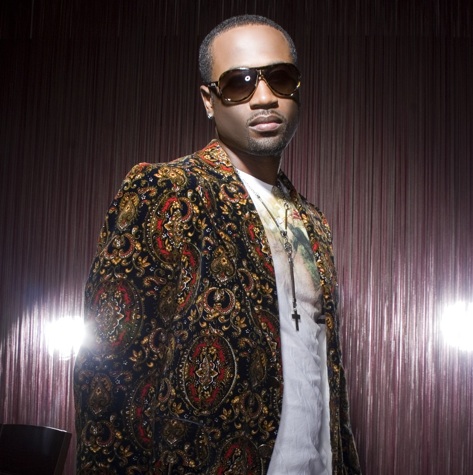 Thanks to technological advancements such as YouTube and file sharing, it's now easier than ever for artists to skip the big label middle man to bring their music to the masses. However, it's also been a gift and a curse, making it just as easy for even the most talentless artist to garner a following. One of the most ubiquitous ways for unknowns to gain attention has been to put their own spin on a more popular (and talented) artist's song. While ambitious at best, sadly more often than not, said newcomer ends up doing more harm than good to their burgeoning career. Despite the odds, every so often, an artist manages to not only do the song justice, sometimes even surpassing the level of talent of the more established artist. Which brings us to the latest contestant to step up and play "Press Your Luck With Another Person's Music." Former 112 member Q Parker is no stranger to remakes, with his QVersion series gaining him a legion of female fans (of course, his fitness calendar didn't hurt either). His latest QVersion finds him spinning his wheel and landing on Beyoncé's song "1+1." Considering that I've made it a point to avoid actually hearing the Beybot's original version, Q already has the upper hand because I honestly have nothing to compare it to. His voice is remarkably on point, a fact that I somehow managed to overlook during 112's heyday. However, even still, I was less than a fan of the song. Perhaps it's merely the idea that I know that it's a Bey tune or the fact that it's just too ballad-y to me. Filled with more runs than the New York City Marathon, from start to finish, the song is bursting at the seams with cheesy lyrics and your run-of-the-mill pop ballad composition. Not that it's any fault of Parker. His voice more than proves that he can successfully tackle damn near anything. Nonetheless, I'm still keeping my fingers crossed that the next time around, he'll choose to tackle something better than ordinary.
Center


TAGS:  112, audio, beyoncé, q. parker
Previous: Morning Soul: Baby, You Know I’m Worth It Next: Who Knew ‘Someone Like’ Antonique Smith Could Sing Like This?