Kim Burrell Gives You Nothin’ But ‘Love’ On Her Latest 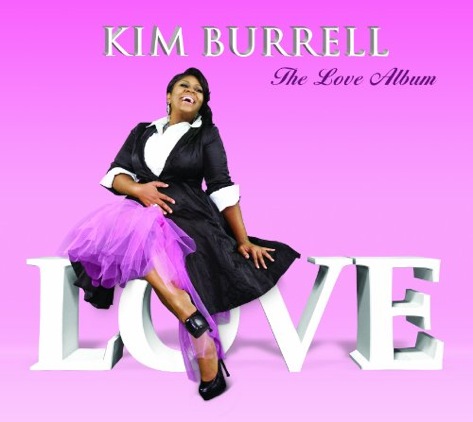 There's not much to say about Kim Burrell that hasn't already been said before, but it all bears repeating. One of the most revered voices in gospel music today, the Houston-native continues to amaze on her latest, The Love Album. Many wondered if this album would be Burrell's foray into the secular music world, but though she includes re-worked versions of two secular songs here, the album is a mostly sanctified affair exploring not only God's love but also that love as expressed between God's children.
Center

First, let's get to the two songs that people will talk about the most: the secular covers. On this album, Burrell takes on Earth Wind & Fire's "Loves Holiday" and DeBarge's "Love Me in a Special Way" but tries to convert the songs from R&B slow jams to gospel. This works for "Love Me," which was already two steps away from gospel already (and because Burrell sprinkles bits of sermon-like ad libs throughout). "Loves Holiday," however, doesn't fare as well. This is partly because she opens the track with an unnecessary monologue and partly because the song's lyrics don't really open themselves up to a more God-addressing interpretation. Still, Burrell sounds great on both, and they'll definitely make they're way onto a contemporary gospel station's playlist.

On the mid-tempo side we start with "Let's Make It to Love," a fun, simple excursion atop a playful groove that is smile-inducingly sweet. "Sweeter" is the natural follow up, with Burrell singing the praises of getting to know God on an everyday basis. "A Little More Time" finds Burrell an extra minute or two. Though the verses are a little awkward here, the chorus and bridge more than make up for it.

She even gives us what I like to call "gospel ballads." Songs like "Love So Pure," "Jesus Is A Love Song," and the touching "Is This the Way Love Goes?" effortlessly marry adult contemporary and gospel. Only "Open Up the Door" approaches a more traditional gospel sound.

The album's biggest standout, however is the jazzy "Pray for Love," which finds Burrell in Anita Baker territory. The muted trumpet heard throughout tenderly complements her raspy alto, elevating the song to high praise. By the time she breaks into a loose rendition of The Lord's Prayer, you don't want the spell of the song to end.

The Love Album isn't just a gospel album or an attempt by a gospel artist to get some mainstream love. It's simply Burrell's heartfelt expression to the listener. So, if you're a fan of R&B or gospel or both, show Kim Burrell a little love and pick up this album.