Home First Spin, Free Music, Pause For A Cause, Releases 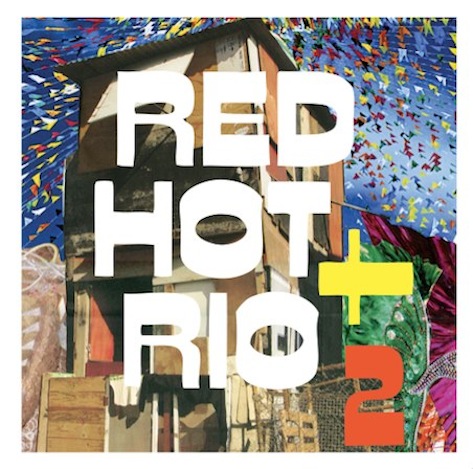 Going 22 years strong now, the Red Hot Organization has been a strong force in the fight against HIV/AIDS. Their Red Hot compilations have been a big part of that. The have been able to gather a who's who of artists to participate in past years and albums. SoulBounce faves who are Red Hot alums include Amel Larrieux, George Michael (who released his classic "Too Funky" exclusively for 1991's Red Hot + Dance), Meshell Ndegeocello, D'Angelo, and Macy Gray. Their newest compilation, Red Hot + Rio 2, promises to be another musical journey, this time focusing on Tropicália, a genre with deep Brazilian roots. They've paired Brazilian artists like Seu Jorge, Os Mutantes, and Vanessa da Mata with others from different genres like Quadron, Aloe Blacc, Angelique Kidjo, Madlib, and John Legend to celebrate the spirit of Tropicália. If you want a taste of what the project sounds like, look no further than "Um Girassol da Cor do Seu Cabelo" which features Mia Doi Todd and José Gonzáles. With its moving, syncopated rhythm, it's a perfect example of how Tropicália feels and sounds like (and is sure to have you swaying and imagining yourself on a calm beach as you listen). As with any of the not-for-profit's compilations, proceeds from Red Hot + Rio 2 will benefit HIV/AIDS charities. If you want to hear more from the album, head over to Giant Step to listen to more samples and to get purchase information as well as a free download of "Um Girassol da Cor do Seu Cabelo."
Center