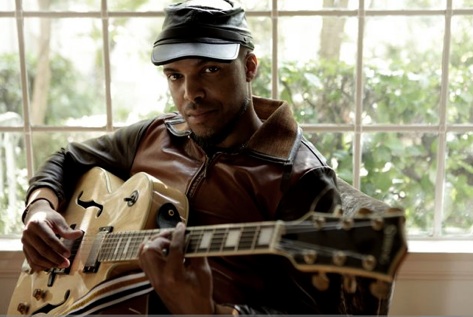 Eclectic soul funkster Van Hunt is back in the saddle. After his third album, Popular, leaked and got scrapped by the label, then Hunt himself dropped from said label in 2007, he blessed fans with some goodies from his vault and we've heard whispers of new material in the works since that time. That newness has finally materialized with the song "June," which he surprised us with this week with its online premiere (not to mention free download) and news that he'll be dropping freebies all summer prior to the release of his fourth album, What Were You Hoping For?, on September 27th. That news should make Van's fans very excited, even if "June" is a melancholy, moody affair. Hunt sounds great as usual, and this is a pleasant primer for the official first single, "Eyes Like Pearls," in the coming weeks.
Center