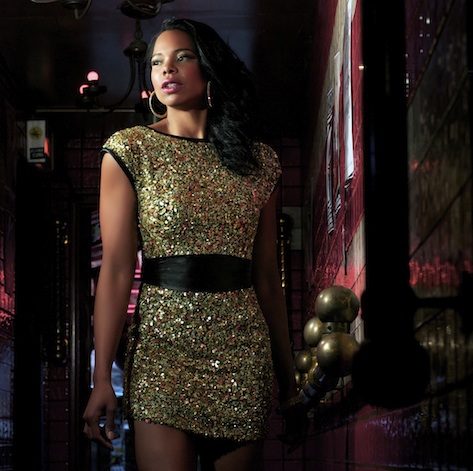 You know what group of people get a bad rap? Background singers. They're looked upon as less than the stars that they sing for though they're often doing a lot of the work -- and in some cases they're doing most of it. They're not all "doo wop wop wop" like Tamar Braxton says. These people are talented in their own right and often go on to have their own fulfilling careers (just ask Mariah Carey). It's an issue that popped up in my mind when I watched Maxwell's episode of VH1 Storytellers and saw LaTina Webb, his lone lady background singer who's been singing with him for years. The woman definitely had skills as she kept up with Maxwell effortlessly, accenting his tenor with a bird-like sweetness. "I wonder if she has any solo material," I thought to myself as the show came to a close. A few days later I discovered that not only did LaTina have solo material, but that she was also a force to keep on my radar. Often times background singers' own material doesn't stray too far from the artists they work with, but LaTina's style differs wildly from Maxwell. Her R&B sound is laced with a pop sensibility and rock flair that utilizes her voice in fun and interesting ways. A prime example of that is "Playing Cards" from her Hush EP, where LaTina vamps it up as she sings about a headstrong woman who knows how to play the game. Press play below to hear "Playing Cards," and then hit the bounce to check out her quirky video for "Hush." Ms. Webb has been putting the finishing touches on her debut album, Toes in the Sand, and should be releasing it soon. In the meantime, head to her Bandcamp page and download her EP for free.99 and get some musical goodness in your life.