Can Toro y Moi Make You Want To Relive ‘Saturday’? 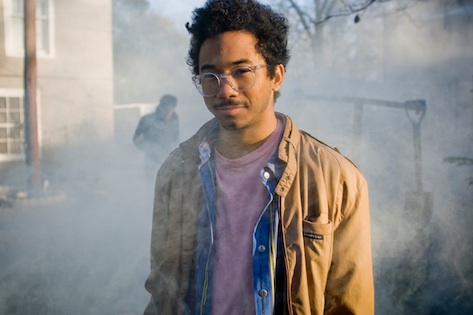 First released in 1985, Cherrelle and Alexander O'Neal's "Saturday Love" seems to be having the best year ever. The now 26 year-old R&B staple was the centerpiece of the duo's joint episode of TVOne's Unsung, discussed on Way Black When, and then performed (albeit a bit sloppily and sealed by a kiss) by the them at this year's BET Awards. We've even seen an interesting cover by Keke Wyatt and Ruben Studdard. Now here comes South Carolina native Chazwick Bundick, better known as "chillwave" artist Toro y Moi, with his own version of the '80s jam. Unlike Wyatt and Studdard, he doesn't attempt to recreate the vocal pyrotechnics that Cherrelle and Alex had (mainly because his voice just isn't that great, not that it's a bad thing). Instead, he reinterprets the song into his own trippy style, mixing in interesting sounds among his off-key singing and sparse piano and making it endearing . The result is pretty listenable, if you like that sort of thing. The song will appear on his upcoming EP Freaking Out, which will be available September 13th.
Center


TAGS:  alexander o'neal", audio, cherrelle, keke wyatt", ruben studdard", Toro Y Moi
Previous: Rahsaan Patterson Is In A State Of ‘Bleuphoria’ Next: Electric Empire Are Good To ‘Have Around’