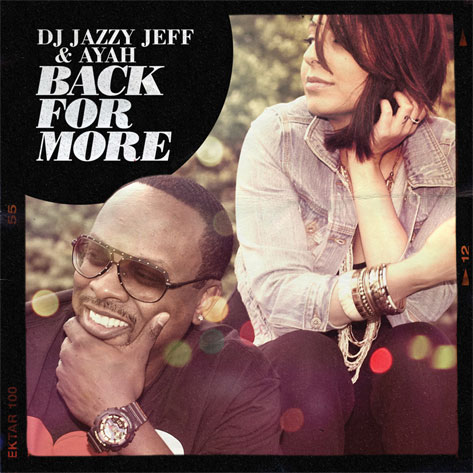 I distinctly remember when Ayah hit me up on IM a couple years ago and told me that she had reached out to DJ Jazzy Jeff to work with her. That chance message that she sent him on MySpace has led to one of the most exciting collaborations to hit soul music in quite a while. Their working together was ordained, and now they've blessed us with this week's release of the mixtape Back For More. We've already heard a few cuts ("Back For More," "Notorious," and "Make It Last") from the project, each one more impressive than the last, but there is so much more goodness to be found here. The sound on the 13-track collection is throwback, yet current; perfect for the summer, yet timeless. The combination of Jeff's unparalleled production with Ayah's rich and smoky vocals is a match made in hip-hop soul heaven. They bring to mind past winning producer-singer collaborations such as Rodney Jerkins and Brandy, Timbaland and Aaliyah, and Rich Harrison and Amerie, to name a few with the synergy they've created. Try two more songs from Back For More on for size in case you still need convincing to start downloading with the Barry White sampling groove "Maybe We Can Just" featuring STS and the fiery "The Game (Somebodies)." The fact that they're giving this mixtape away for free is almost
criminal as stellar as it is, but it's just a taste of more music to
come with their official album, This Way, coming our way later this year.
Center