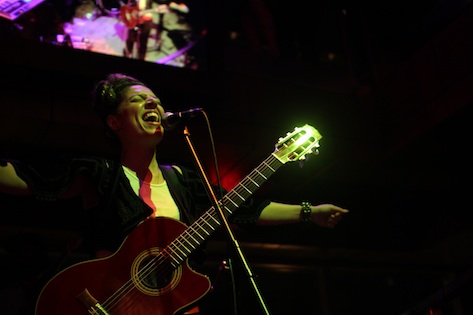 As a part of their Unplugged Series, the brainchild of Beny Blaq
Entertainment, The Park at Fourteenth brought another soul superstar to the District to get last
weekend started off right. Friday's performer was none other than Emily King, a New York native who is not new to the
music game. She already has a GRAMMY nomination under her belt, and she's poised to take her artistry
in a new direction with the recent release of her seven-song EP, Seven.
Center

Immensely mellow and quick to laughter, Emily sat down to chop it up with SoulBounce prior to
her show. Clad in a cutout bolero that highlighted her impossibly flat stomach, she spoke about her
influences as a musician, the artist she's most compared to, and her new project.

SoulBounce: How did you learn to play the guitar? Who are your Guitar Heroes, for lack of a better
term?

Emily King: It's the best term, Guitar Hero. (Laughter) I remember I wanted to play guitar because
I thought it was cool at parties. I love to sing, so I thought, you know, I'll just accompany myself. I
remember my dad taught me "House of the Rising Sun," an old blues song, and from there I was like 'I
can play something that sounds good!' When I got older, Jimi Hendrix was influential, in terms of
songwriting and guitar playing he's a master, Jeff Buckley, and a lot of singer/songwriters as well.

SB: As a musician you often get compared to people, what artist do you find yourself getting compared
to the most?

EK: It's gonna have to be Teena Marie. (Laughter) I mean I know she plays guitar, and she's great. I don't
know that I sound like her, but I'll take it!

SB: She's definitely not a bad person to be compared to! (Laughter) What singers do you enjoy the
most?

EK: I love Jeff Buckley. I love Cat Stevens. You know, I grew up with R&B, and like, I would just practice
Mariah's runs in the bathroom...

SB: But you can actually sing, as opposed to other people. (Laughter)

EK: Oh, well I couldn't back then. (Laughter) It was rough. But shout outs to all the R&B vocalists, from Mary
J. to SWV. 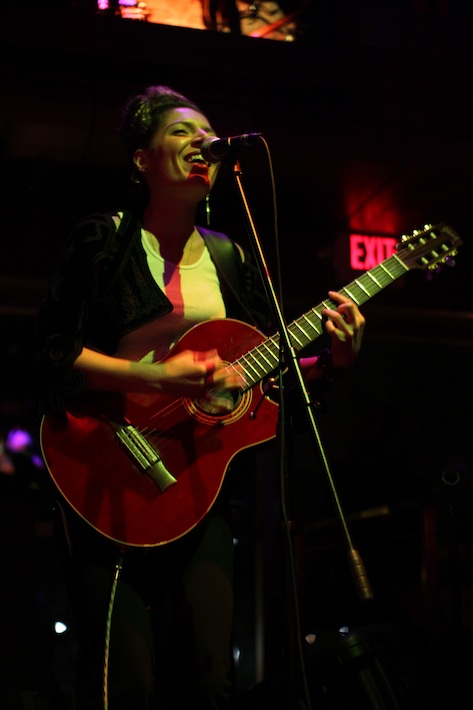 SB: So you recently released the Seven EP. What's the symbolism behind your project and what do you
want people to take away from it?

EK: That's a heavy question. For me it was a very long process of collecting a body of work I really
enjoyed. It came down to these seven songs, and I wanted to name the album and give it enough space
so that the listeners could interpret it on their own. Seven is a very powerful number, and it has a lot of
different meanings, and I have my own spiritual things about it. So that's how that came about.

SB: As a young person, what things did you miss out on being an artist?

EK: People would always come to New York, especially when I was a teenager, and ask 'what clubs do
I go to?' and I felt like the biggest loser because I didn't know! I never went out like that. In retrospect
I'm happy because I was introverted enough to build my skills. It takes a lot of alone time. Sometimes
the most beautiful songs come from a very uncomfortable place.

SB: What artists outside of music do you enjoy most?

EK: That's a good one. I have a lot of painter friends. I'm going to shout out Kenny Rivero, he's very
inspiring visually. I also love movies.

After our interview, Emily took to the stage and moved the crowd with her new songs. Interestingly
enough, I ended up standing right next to her grandmother, who accompanied Emily and her mother
to the performance. Her grandmother shared the fact music ran in her family; she was a violinist and
Emily's own mother was a singer. With music in her blood and soul in her heart, became clear that Emily
King was destined to rock the show that night. 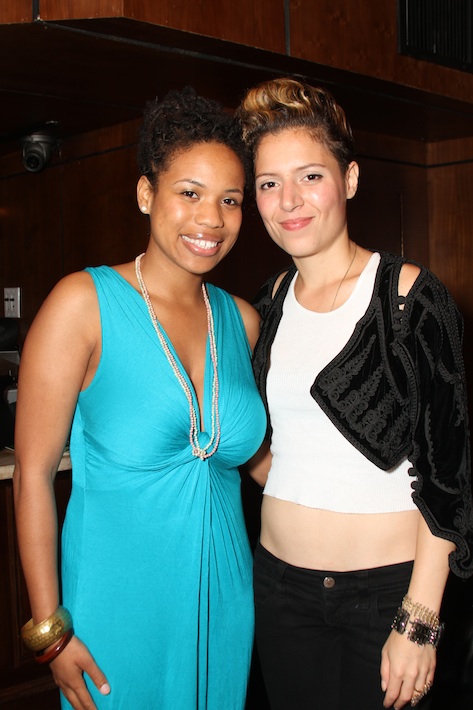 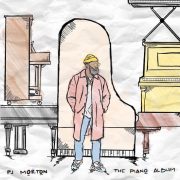 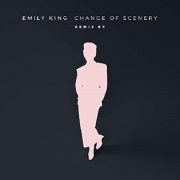