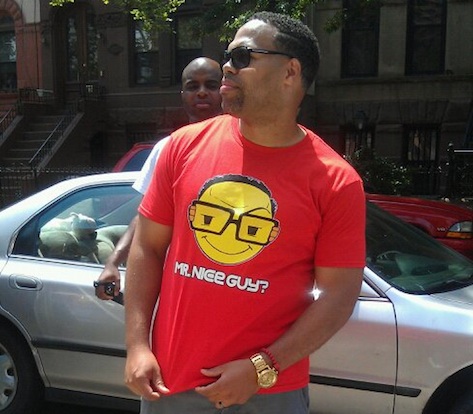 I am seriously slipping on my Errobsession. Because had my stan game been proper I would have realized that SoulBounce fave Eric Roberson posted the tracklist to his new album, Mr. Nice Guy?, on his Facebook Fan Page over the weekend via a photograph posted to one of his photo albums. I typically stalk stay woke on all things Erro, but this somehow managed to slip under my radar. Nonetheless, I'm here now to spread the good news to SoulBouncers far and wide that Mr. Nice Guy? will feature 15 tracks of honest soul coming from Eric and a host of featured guests. In addition to Mr. Roberson's melodic sounds, the album has The Foreign Exchange's Phonte, former Zhane member Jean Baylor, Philly lyricist Hezekiah, actor Omari Hardwick, new kids on the block The Ones, and Mr. Classic Flavor himself Chubb Rock whose collaboration with Erro on "Summertime Anthem" will now be included on Mr. Nice Guy? thanks to the song's runaway success. Speaking of which, the video for "Summertime Anthem" will be premiering very soon, and my report from the video set -- from which the photo above was taken by me -- is still on the way as well. Prior to that, however, hit the bounce to see the Mr. Nice Guy? tracklist, and get ready for the album to drop this September.
Center 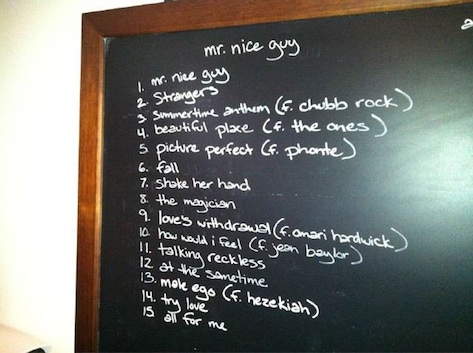