Jesse Boykins III Takes Us The ‘Way Of A Wayfarer’ 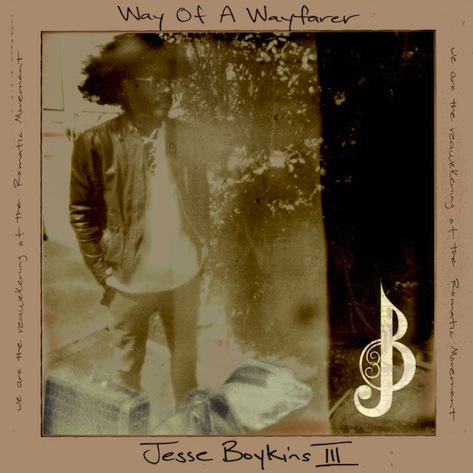 Jesse Boykins III satisfies our appetite for new music from him with the release of Way of a Wayfarer. Ending Black Music Month on a high note, Jesse dropped the six-song EP on June 30th, and it serves as a reflection on his journey over the past three years since his last project, The Beauty Created. It doesn't seem like it's been that long and it's crazy how time flies, but during that spell Boykins has gotten his name (and hair) out there and gained notoriety, yet there's still room for his star to ascend. Way of a Wayfarer gives us a glimpse at what else he's capable of on cuts such as "I Can't Stay" and "Back Home (Mermaids & Dragons)." He's still cast in the role as loverman but on more uptempo tracks to balance out his catalog of languid soul, which is also found here on "Zoner." This EP is an eclectic and welcome addition to Jesse's body of work and really raises curiosity for the direction that Love Apparatus will go in.


TAGS:  audio, jesse boykins iii
Previous: Behind The Groove With Kokayi & Mar Next: Sacramento Bouncers: Win Tickets To See The Foreign Exchange In Concert On The Authenticity Tour!