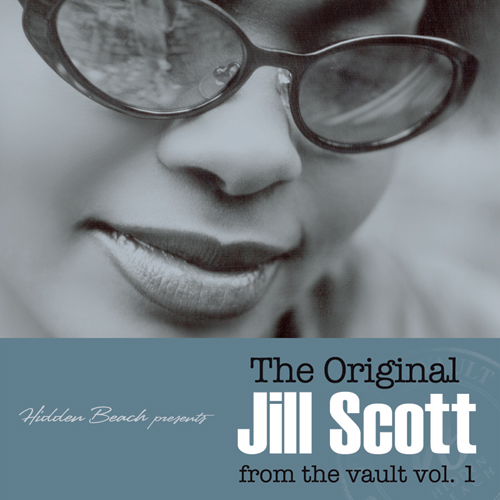 Back when we alerted you to the fact that Jill Scott fans would be getting not one, but two albums from the Philly songstress this year there was uncontainable excitement, after all it's been four long years since The Real Thing. However, once the initial excitement wore off there were more than a few people skeptical as to whether the From The Vault album would ever see the light of day, given Jill's legal wrangling with former label Hidden Beach, and Jill's insistence in an interview with Perez Hilton that she would only be releasing one album this year. Whatever has gone on behind the scenes is anyone's guess, but it looks like all the details have been ironed out and the slightly re-titled The Original Jill Scott From The Vault Vol.1 will be released on August 30th. As previously reported, there will be two versions of the release, the standard will include 11 previously unheard Jilly gems and the deluxe will include two bonus live tracks, a 20 page booklet with lyrics and liner notes, and shiny foil packaging (looks like the "full videography" has been removed). In addition, each version will have slightly different album artwork. You can still sample the tracks from From The Vault here then hit the bounce to get the full tracklist on the release.
Center

1. And I Heard (Do You Understand?) - Live at the House of Blues
2. North Side Philly Love - Live at the Hidden Beach Launch Party
3. 20-page booklet including lyrics and detailed liner notes