Lenny Kravitz Is About That ‘Rock Star City Life’ 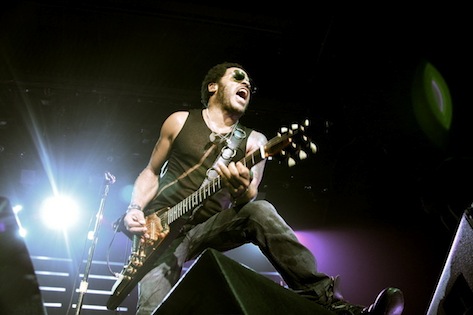 With Lenny Kravitz's Black and White America set to drop at the end of next month, anticipation for the album is starting to ramp up. Feeling generous (and perhaps to provide a bit more promotion for the record), Kravitz gave out free downloads of his song "Rock Star City Life" to fans. Unfortunately, that promotion has since expired, but we can give you a taste of the song here. Though Black and White America was rumored to be Lenny's long-promised funk album, "Rock Star City Life" is Lenny driving in the same lane he's been in since 1998's 5. Once again, Kravitz is talking about the subject he knows all too well: women. This one has a particular attitude that seems to have him a bit shook. It's a peculiar hybrid of song reminiscent of some unexpected '80's rock and pop moments (anybody else hear Tony Basil's "Mickey" in this, or is it just me?). Still, I'm a bit disappointed this isn't in the same vein as the much funkier and in your face "Come On Get It." Check it out below and see if you wanna live in Lenny's "City."
Center


TAGS:  audio, lenny kravitz
Previous: Think You’re ‘A Boss’ Remixer? Syleena Johnson Wants To Hear What You Got. Next: Morning Soul: Show Me What You Working With