Summer is upon us, Bouncers. Barbecues have been had, fireworks have exploded, and the kids are out of school. Still, summer just isn't summer without a good music festival (or a hundred). There are several lined up throughout the country to cater to each music taste and predilection. If you'll happen to find yourself in the Motor City around Labor Day weekend, here's one that's especially for you. Going into its' thirty-second year, the Detroit Jazz Festival has always been a good time and a celebration of one of the country's most revered musical art forms. This year, the festival will have much more of a global feel to it. That's because they've invited artists from every corner of the world to participate. Brazil, Israel, Japan, South Africa, Belgium, the Netherlands, and even more countries will be represented during the festival's three days, with special events and performances.
Center

And for those who say jazz isn't your thing (seriously, who are you people?), even you will have something to enjoy. The festival opens with "Sing the Truth," which will feature Angelique Kidjo, Lizz Wright, and Dianne Reeves paying tribute to the late greats Miriam Makeba, Abbey Lincoln, and Odetta through song. Also making appearances are Rahsaan Patterson, funk legends Mandrill, and Soul Rebels Brass Band.

Oh, did I mention that the festival is free? That's right, FREE. As in, you ain't gotta pay no money, honey. So now you have no excuse not to put on your summer best and motor on down to Motown on Labor Day weekend and hear some great music. For more information about the lineup and the events surrounding the festival, head over to the festival website. 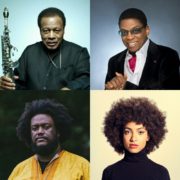 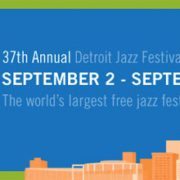