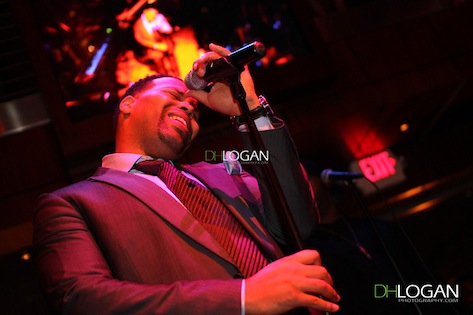 The Park at Fourteenth was rocking on Friday, August 5th, thanks to a performance by none other than soul superstar Eric Roberson. Erro, as he's is known to his devoted fans, put on a spectacular show, doing all the things that Erro does well: crooning and swooning. The event, a part of the Unplugged series organized by Beny Blaq Entertainment, packed the house out. Fellow soul singer Raheem DeVaughn even attended, joining Erro onstage and lending his airy falsetto to one of the crowd-pleasing songs.
Center

After the show and over a plate of chicken tenders, Erro spoke to SoulBounce about making a place for himself in the music industry, his background in musical theatre, and what he wants you take away from his upcoming album, Mr. Nice Guy?:

SoulBounce: You're known for doing it your own way by giving away a lot of music. How do you keep it fresh and give away the milk while still getting your audience to buy the cow?

Eric Roberson: You know, for one, I trust my Spidey sense. If something don't feel right, I don't go there, but if it feels right I follow it. For me its all about trusting the creativity. All this has happened by accident, it was really a hobby that grew into a business. With all of that we continue to grow. I'm at a point where I'm confident that what we did today will be fine because there's something coming tomorrow. But if something don't feel right, we pull back and trust the Spidey sense. If it feels right, we go in 100%. 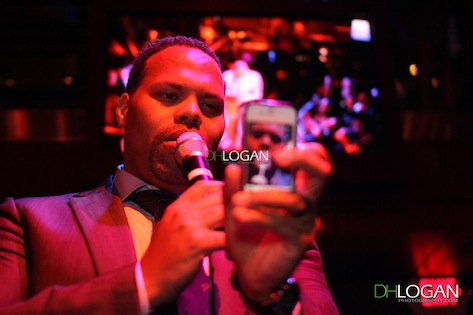 SB: I heard through the grapevine that you are a musical theatre buff. Which musical is your favorite?

ERRO: Westside Story, hands down. Some of the best written songs, from "Maria" to (begins singing operatically)...just so many. I did theatre all through my life for the most part.

SB: You're pretty theatrical during your shows (laughter)

ERRO: I think I fulfill my theatrical needs in my studio or on stage. I try to keep that part alive; it's a part of my show.

SB: So tell me about Mr. Nice Guy?. What do you want your audience to walk away with?

ERRO: Mr. Nice Guy? is a very fun journey. It shows more of a comical edge that we haven't necessarily shown in other albums. To me it's a consistent growth process. From a writing standpoint, I'm very proud. The finished product of this album I'm more proud of than my previous albums, because there are always some songs where I'm like "I didn't get that right," or "I wanna do this over," but I was satisfied with this album all the way through. 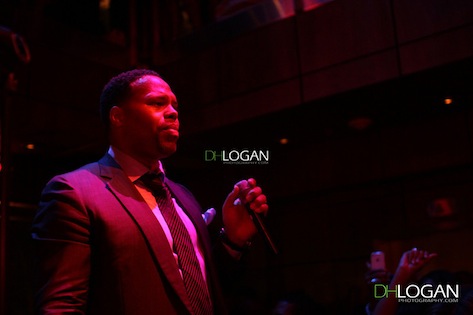 SB: OK, this is my last question, and it's epic. It will determine whether or not America will get it's AAA credit status back. It's that serious.

SB: Which HU is the real HU? Because I went to Hampton, and I heard that you went some fake, false, erroneous HU...(laughter)

ERRO: We're done (waves to security). First and foremost, the oldest, the realest, the more successful HU is Howard University. Let's not get it twisted. But you know, my best friend went to Hampton. It's OK, but it aint Howard. Long live both of them. For Obama to win, he needed Hillary Clinton. For Mark McGwire to hit the home runs, he needed Sammy Sosa. For McDonalds to be successful, it needed Burger King. So I'd like to thank Hampton for being second place so Howard could stay in first. (raucous laughter)

Even though Erro portrays a lothario on stage, he truly lives up to the Mr. Nice Guy image in all areas. 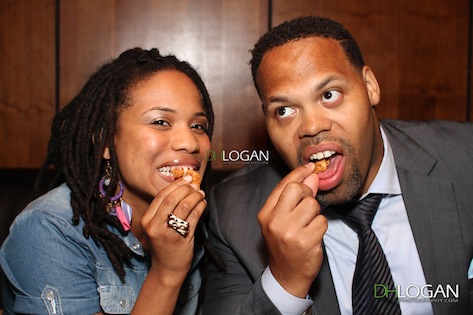