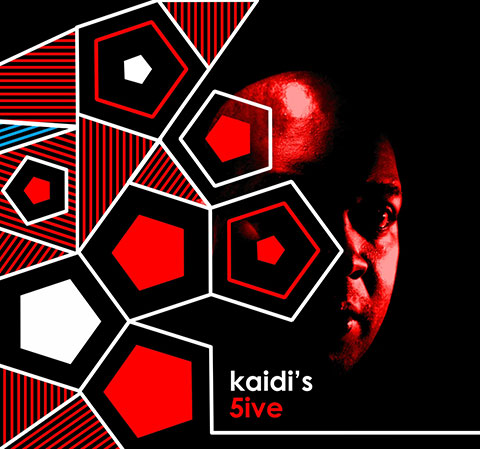 jazz re:freshed is a contemporary music/arts movement and record label built around a weekly live music residency in London covering the whole spectrum of jazz and jazz-influenced music. They have showcased some of the best established and emerging talent on the scene and have recently launched a series of releases entitled 5ives. The concept is simple, take an artist and compile a five-track EP of their work. The first release was Spaven's 5ive, showcasing the talents of broken beat, hip hop, and jazz drummer Richard Spaven (GURU/José James/4hero/Mark de Clive-Lowe) and now is the turn of multi-instrumentalist Kaidi Tatham. Best known for his roles in Bugz In The Attic and Silhouette Brown, as well as his work with Dego, 4hero, MdCL, and many others, Kaidi is one of the pioneers of the broken beat/nu-jazz scene. His 5ive EP fuses jazz, funk, boogie, and electronica into a five-track instrumental package that is guaranteed to keep your head nodding from start to finish. Take a listen to a couple of the tracks below, then bounce over to jazz re:freshed's Bandcamp page where you can purchase the release for a limited time only.
Center