On a balmy August night in DC, a sold-out crowd of over 1,000 people gathered for the Don't Wuwwy concert, a showcase of five lyricists poised to take over the rap game. Sponsored by DCtoBC and the Great Progression, the event was a major come-up and confirmation that the District can and does support hip-hop in a major way. The show featured Compton artist Kendrick Lamar, as well as his label mate SchoolBoy Q, DMV rhymers Phil Ade and Phil Da Future, and Houston native Ashton Travis. Before the raucous crowd devoured him, Kendrick Lamar took a few minutes to talk to SoulBounce about the inspiration behind his current project, Section 80 and the ultimate goal for his music.
Center

SoulBounce: You starting rapping at such a young age, how did you know it was something you wanted to pursue above all other things?

Kendrick Lamar: I noticed that when I actually started getting better, and people were telling me I was getting better. Truthfully, when I built enough confidence to say I can compete with the cats that's out, that's when I knew it was official. When I started dabbling in making actual songs, I said this is what I love to do, and I'm going to go full-fledged with it.

SB: So how did your parents feel about their baby pursuing music rather than school or work?

KL: Of course they wanted me to make money. But at the end of the day I was a teenager, an 18-year-old willing to do what I wanted to do. I mean I love them to death, but [music] was just something I wanted to do. They never said don't do it or were some strict type of parents, they just said always have a plan B. But that's something I never believed in, because I feel if I'm thinking about plan B I'm not going to go 100% with plan A. That's something I had to prove to them and that's what I'm doing now. 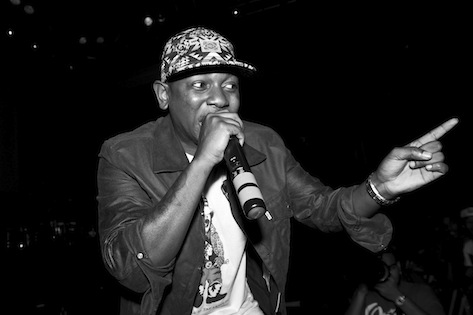 SB: Section 80 is your latest project, it's the bomb.com

SB: And in this album you tackle a lot of different issues. You aren't necessarily a backpack rapper, but you touch people emotionally with your music. What pushed you to that format?

KL: I just felt like our generation needed something that nobody's ever given them, which is something real. When I made Section 80 that was my initial thing, to make something for my crowd of people -- everybody from 15 to 30 years old. Everyone that we looked up to 10 years ago, they're in a whole other space now, they're rich, and they can't really relate to the average 17-year-old that's going out of high school and trying to figure out what's going on with life. So, I really just wanted to speak on that and present my music like that. An influence that I had was Tupac, of course. He is one of my favorite artists, the way he related to the people and how receptive they were to him. And that's how I patterned myself.

SB: From what I've noticed you've tackled women's issues from a holistic perspective in some of your songs, and that is particularly striking because not a lot of rappers are producing empowering work that looks at women as whole people.

KL: Yeah, it just came to a point in time where I had to embrace the fact that I have a little sister and an actual mother, and knowing that they have problems and issues. I can't be selfish and look at women the same way they are traditionally looked at, like a piece of meat. We all got tendencies and temptations. It's more than that at the end of the day because you actually grow up with females in your household and you gotta think from that type of mind state to view a woman in a different light. That's how I wanted to approach some of my records as far as talking about women's situations or issues, and again, nobody in our generation has done that, so that's what I wanted to do.

SB
: I know that you're from Compton, but you have a very distinct voice and sometimes you sound like you're from the South. Where is your family from?

KL: My family is from Chicago.

SB: OK, but is their family from the South?

KL: Yeah, I from Mississippi and Chicago. My moms and my pops they country as hell. (laughter) That's probably what it is.

KL: It's cool, it works to my advantage. 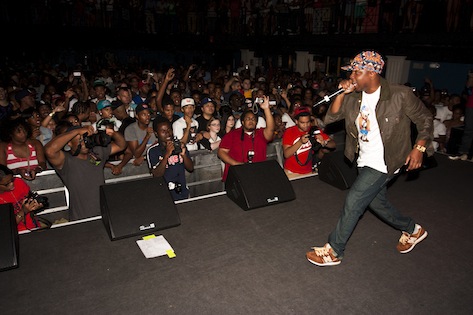 KL: The wildest thing? Probably people crying for me. I mean, we're regular people and we come from a space where we're not about to cry for another individual, but when a person walks up to me and says this song changed their life and they break out in tears, that's something I can't really grasp in that moment. I have to walk away and realize they just broke down crying about my music. I never experienced anything like that. It just humbled me because now I know I can't be selfish when I hop in that booth. I'm not doing it just for me, but for a mass of teens and young adults.

SB: Was there ever a point where you thought you might not make it?

KL: Oh man, it was frustrating. When you go into label meetings and you have to make music that they want you to make because it's a hit record on the radio, then when you make it and it don't work, just going through the motions can really be discouraging. At the end of the day, you'll be so fast to chase a hit record that you lose the passion for the music.

SB: What types of industry music did they try to get you to do?

KL: Whatever is out, period. I mean it could be a snap record, it could be a street record, they want you to make whatever is a hit record at the time. And that's frustrating because it takes the artistry out of what you do and stops you from being organic. That's something I never want to jump back into. That was a phase I needed to go through and learned from so that I could better myself as an artist as a person.