Mark de Clive-Lowe Gets ‘Supernatural’ On This KING Remix 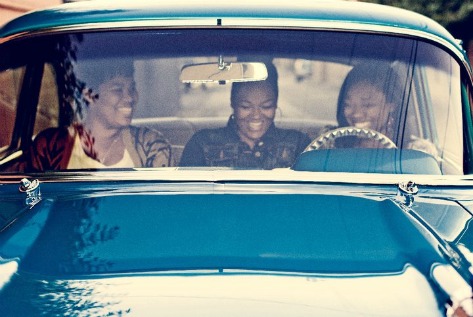 When KING seemingly appeared out of nowhere earlier this year with their three song EP The Story, I thanked the musical gods for this breath of fresh air. Now that one of my favorite remixers of all, Mark de Clive-Lowe, has put his skills to one of their songs, I had to stop myself from doing cartwheels of joy down the middle of the street. "Supernatural," easily my fave song of all from the L.A.-based trio, gets the soulful house treatment thanks to MdCL's musical midas touch. Admittedly when I first saw this version in my inbox, I wondered how well the two would mesh together. Not that I was worried one bit; I mean, when was the last time you heard anything bad from MdCL? As usual, he takes this otherwise ethereal tune and smacks it up, flips it and rubs it down with thumping house goodness as only he could do. So go ahead and give this version of "Supernatural" a spin, and see if you can resist the urge to get up and dance.