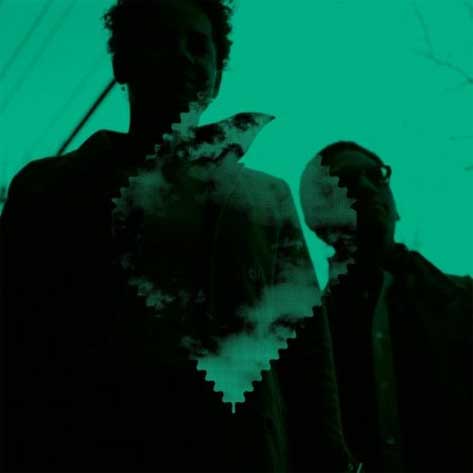 If you like your soul on the experiemental/sci-fi side, then Saturn Never Sleeps has got something that you should hear. The group, a union of DJ/proucer King Britt and singer/producer Rucyl, has concocted a potent mix taking equal parts Portishead and Massive Attack and the cool calm of singers like Sade and Morcheeba's Skye to create their debut Yesterday's Machine.
Center

Mood seems to be the most important element of this collection. Here, the mood seems to be mostly cool and distant -- with "Hearts on Fire" appropriately being the exception, showing a bit more warmth and movement than the rest. Each song definitely has a melancholy undercurrent, call it "computer blue" if you will. Often comprised of very little (mostly Rucyl's voice, a synth here or there, a sample and drums), the songs somehow make the sparseness work for them. This isn't surprising given King Britt's previous work, but it's really Rucyl who gets to shine here. It's her voice that elevates opener "Lotus" from ambient music to a fully realized contemplation on love and loss. It's also her voice that lends the slightly off-key charm of the following track "Bit By Bit," sounding as if it's approaching playfulness but still keeping its distance against the electric bleeps and ghostly echoes. In the aforementioned "Hearts on Fire," the ice breaks a bit, balancing on suddenly upbeat drums and piano flourishes. By the time we hear lead single "Tory," her voice and the music finally decide to thaw a bit. The elastic, electro-funk groove of the bass meets her voice here and coasts along beautifully.

"Tomorrow Is a Rumor" is a short, solely musical piece that sounds like computers connecting to the internet circa 1995 filtered through a Rhodes (but in a completely pleasant way)that leads to "Grace," a beautifully haunting peace about unrequited wanting. Unsurprisingly, Yesterday's Machine finds its best groove with "The Machines are the Stars." It's an amazing track that's understated, with samples of human breathing and a slow-pulsing drumbeat comingling with Rucyl's whispery vocals inviting her lover to "believe in magic again" and drawing the listener in like a lullaby. The dream-like "Divine" follows. Like "Tomorrow Is a Rumor," this track is also an instrumental one, only using vocal samples, cowbell, drums, scratches, and other found sounds to create its dreamscape.

"Yesterday Is Gone" is a mournful lament, begging the subject to "leave the book alone" and accept that what's past is past. The aptly titled "DRK" follows. Another instrumental piece, its filled with digital murmurs and ghostly howls bubbling into the next track, "All Seasons Are Good." Sounding a bit like Sade's "Slave Song" from 2000's Lovers Rock, it's entrancing and a welcome break from the chill of the previous two songs. The album then ends with "Take It Out," with Rucyl begging her lover to offer some sort of response or feeling. It's a great track to end the set and gives a feeling of closure to collection.

The album's austere production really works for Yesterday's Machine, but it can also be one of the biggest hindrances of the collection. Because each song has so few elements, they muddle together at times. While that's great for flow, it can lean towards monotony (at several points during writing this, I hadn't realized a song actually changed until I checked to make sure). While digging the slower pace and the consistent mood, I couldn't help but wish they'd toss in an occasional uptempo to change up the atmosphere of the record a bit. Still, it's a minor quibble.

Taking a page from their European contemporaries like Little Dragon and Boom Clap Bachelors, King Britt and Rucyl have produced an album that marries the best parts of soul, trip-hop, and electronic music into an interesting brew. It's futuristic and out there, but still has the common sense to come down to earth every once in a while. I'd imagine that if the androids of Janelle Monáe's Metropolis threw a cyber social, then Yesterday's Machine would be the record they put on.