You’ll ‘Love’ What Nina Vidal Has In Store 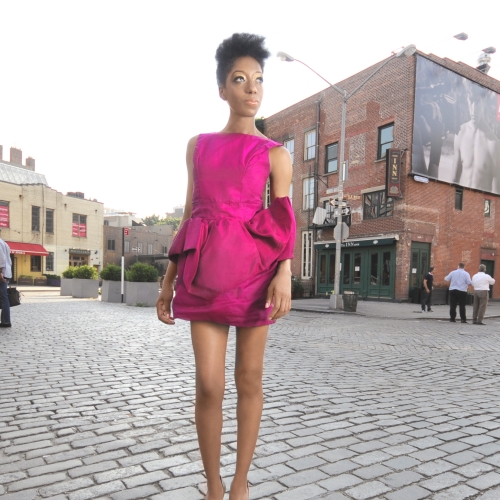 Finally, after releasing two exlusive Japanese-only albums, it looks like the people responsible for Nina Vidal's distribution have gotten their acts together and are releasing her material worldwide. The talented jazz/soul vocalist and pianist released her stunning self-titled debut back in 2008 with very little promotion in her native USA, however the album hit #1 in Japan where she has become somewhat of national treasure amongst jazz fans. Her follow up, 2010's The Open-Ended Fantasy, again hit the top spot on Japan's jazz chart and was scheduled for a US/worlwide release in early 2011, but that failed to materialize.
Center

Not one to rest on her laurels and eager to please her Japanese following, Nina has now recorded her third album, a collection of covers from the '60s, '70s, and '80s entitled Love, Pop & Soul - The Cover Sessions Vol.1. Not surprisingly this album also hit #1 on Japan's jazz chart, giving Nina five albums currently in the top 200, an unprecedented feat. It looks like both The Open-Ended Fantasy and Love, Pop & Soul will finally be available in the US (and the rest of the world) this September, initially as digital-only albums but with a plan for a physical release a month later.

To celebrate, we have a sneak peek at tracks from both albums, first up is Nina's cover of The Isley Brothers' "For the Love of You" (from Love, Pop & Soul) and "Inside Outside" (from TOEF). On "For the Love of You" Nina takes one of my favourite Isley songs, and one of my favorite slow-jams full stop, and transforms it into a much jazzier, piano-led love song. If you are going to cover a classic, this is how it's done. "Inside Outside" revisits Nina's debut with a very smooth, laid-back jazz groove guaranteed to relax and unwind. In addition to The Isley Brothers cover, Love, Pop & Soul will feature covers of Soft Cell's "Tainted Love," Cyndi Lauper's "Time After Time," and James Taylor's "Don't Let Me Be Lonely Tonight."

Nina Vidal: "For the Love of You"

Nina Vidal: "Inside Outside"


TAGS:  audio, cyndi lauper, James Taylor, nina vidal, soft cell, the isley brothers
Previous: Lalah Hathaway Makes Us ‘Want To’ Listen To This Song Over & Over Next: We ‘Don’t Have To Tell’ You How Talented Sharlene Hector Is, Just Watch This