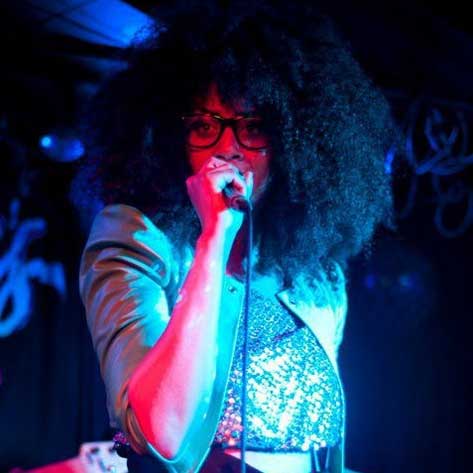 There have been a handful on new artists to really catch my attention this year, but there's one in particular who I've had in heavy rotation because she keeps dropping one musical bomb after the next. That artist would be Rochelle Jordan who continues the winning streak she started with "How To Feel" and "Take Time" mere months ago with two more recent releases. With producer Klash once again holding it down behind the boards, she teams up with rapper Jon Connor on the super sexy "Sing." Jordan's voice floats as she tells her lover that the things he does makes her want to break out into song. "Sing" is the first single from her upcoming freelease, R O J O, which will be released in the coming weeks instead of the N.E.R.D. and Radiohead tribute album, In Search Of...Radio, originally planned to drop in July. Although that concept project is still in the works despite being pushed back to give Rochelle's originals time to shine, she's giving fans a sample of that unique collection with the track "Revolution." Her most upbeat track to date, it's good to hear her switch and sass it up a bit. [Photo: Photo Riot Photography]
Center