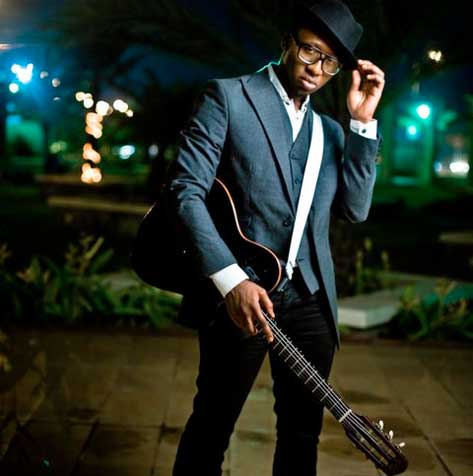 SoulBounce showcases soul music in all of its variations from North America, Europe, and Australia, but if there's one continent that's seriously missing from our coverage, it's Africa. There is so much sound coming out of the Motherland that our ears have yet to hear. However, we're slowly but surely coming around and getting up on artists who we and you need to know about. One such artist is Emmanuel Bezhiwa Idakula, who performs under the name Bez. The Nigerian singer/songwriter/musician is carving out a niche for himself with his brand of "alternative soul" that fuses jazz, soul, and R&B, all of which can be heard on his debut album, Super Sun. Having worked with producer Cobhams Asuquo on this record, Bez sings in both English and his native tongue, but the slight language barrier won't keep you from grooving along with him on songs such as "Zuciya Daya (One Heart)" and "That Stupid Song," for example, as well as the rest of the album. Listening to him sing you may pick up shades of John Legend, but without the aftertaste. In addition to the tight musical component, Bez has come out of the gate with an arresting music video directed by Kemi Adetiba for the haunting song "More You," which can be viewed after the bounce. It goes without saying that Bez's Super Sun is shining bright -- and it's also available now on Amazon and iTunes.