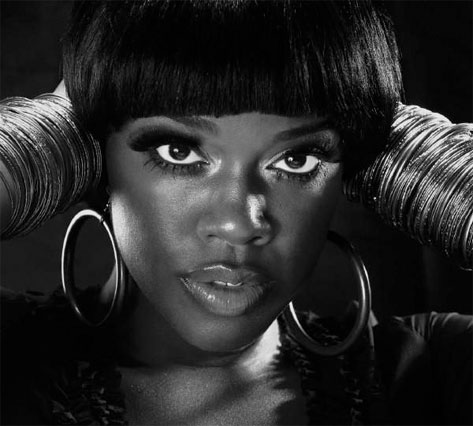 Singer Esnavi, her name an acronym for "Eclectic, Soulful, Natural, Authentic, Vivacious, and Intriguing," has been a staple on the NYC underground soul scene for the past few years, performing on various stages, including S.O.B.'s, Joe's Pub, Crash Mansion, and most recently for a tribute to 9/11 first responders. With the upcoming release of her official debut album, Exit E, she'll find herself becoming a staple in music collections around the world as well.

The Milwaukee native is poised to bring real R&B infused with a healthy dose of soul, blues, and jazz to the forefront on Exit E when it's released on October 18th. Her voice is robust and full-bodied, like say a Jennifer Hudson or Sunshine Anderson, but with better material suited for her pipes. You can hear her vocal workout on her first single, "Unexpected Love," and on the album cut "Morning Dew" below. Be forewarned that "Morning Dew" has a touch of Auto-Tune, but she uses the effect to her advantage much like Goapele did on "Milk & Honey" and not to cover up the fact that she can't sing because she clearly can. Esnavi possesses the kind voice that many singers wish they had.