Get Lost In ‘Transit’ With Robin Hannibal 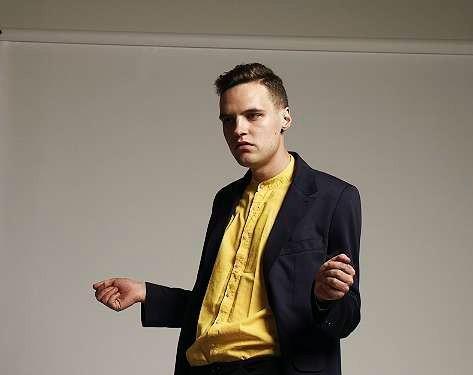 If you've been a fan of his previous work (or just happen to be an avid SoulBounce reader) then you know that Robin Hannibal's solo effort Bobby dropped this Tuesday. His label Plug Research understands that some folks like to sample before they buy, and they've decided to give anxious listeners a little taste of what the album has in store in the form of "Transit." Available as a free download via SoundCloud, "Transit" is a hypnotic little nugget full of hard-hitting drums and delicate melodies that sound like his previous work with Boom Clap Bachelors, Quadron, and Owusu & Hannibal, but, at the same time, sound a bit different as well. I don't know whether it's Robin's falsetto, the drums, or that lilting guitar, but this is perhaps one of the sexiest jams I've heard all year. If "Transit" still doesn't have you convinced (and I don't see how it wouldn't), then you can also check out the full album stream to hear Bobby in its entirety. A one man tour-de-force, it's chock full of left-of-center grooves that are sure to get you hooked on Robin's sound ("Plastic," "Amends," and "Sneak Preview" are worth the price of admission alone). After you've done your sampling, be sure to purchase Bobby for the low price of $5.99 at iTunes. Trust me, you won't be sorry.
Center