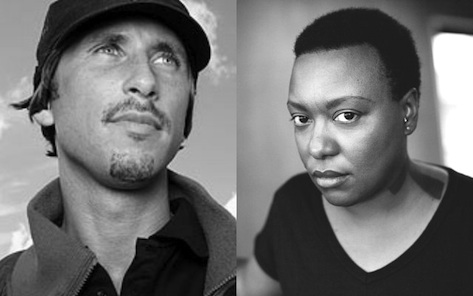 San Francisco's Miguel Migs is a man of many, many talents. A respected house DJ, producer, musician, and remixer, he has worked with some of the biggest names in popular music, including Britney Spears, Macy Gray, and Lionel Ritchie, yet still finds time to release his own solo material. This week he has released his fourth studio album, Outside The Skyline, featuring an impressive lineup of guest talent including house vocalists Lisa Shaw and Aya, Evelyn "Champagne" King, and singer/songwriter/bassist Meshell Ndegeocello. Meshell guests on two cuts, one being album standout "Tonight," where she lays down butta-smooth
vocals over Miguel's sultry, mid-tempo groove. Previously I'd have never have put
Meshell and house music together, but after hearing this I'm sold.
Center