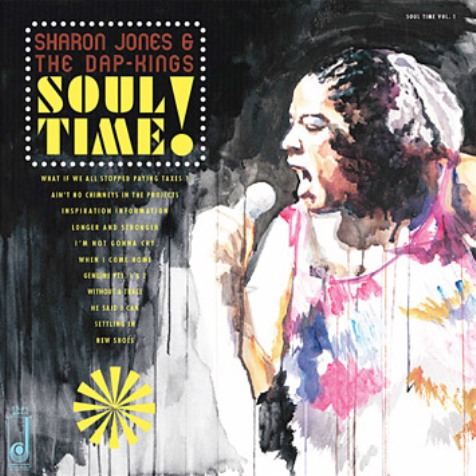 There are a whole host of artists mining the sounds of yesteryear and releasing their own updated versions of '60's and '70's soul and funk, but nobody does it quite as well as Sharon Jones & The Dap-Kings. With four successful albums under their belt, plus numerous singles and compilation appearances, it was only a matter of time before their label, Daptone Records, decided to consolidate their output into an easy-to-find package. This October they will do just that and release Soul Time!, a 12-track collection of b-sides, bonus tracks, soundtrack appearances and a new, unreleased track which I'm sure will be an essential purchase for casual fans and completists alike. Take a listen to "Longer and Stronger" below, which was previously only available on last year's For Colored Girls OST, and peep the full tracklist after the bounce.


TAGS:  audio, sharon jones", the dap-kings
Previous: Kid Creole And The Coconuts Come Back ‘Screaming’ Next: What’s Your Favorite Flava?