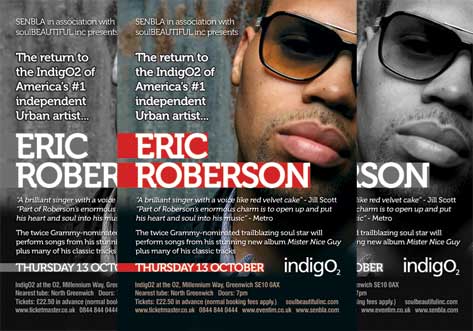 As much as Eric Roberson fans get to see the man in concert in the United States, our brethren and sistren in other parts of the world aren't are fortunate. British Bouncers are in luck, though, because Erro is making his way across the pond in early October for the European leg of the Mister Nice Guy tour. He'll be hitting London on Thursday, October 13th, and we've got a pair of tickets up for grabs to the show. SENBLA in association with soulBEAUTIFUL inc. presents Eric Roberson live at IndigO2 in his first full concert in the UK in two years. It goes without saying that this show will be a musical night to remember. Erro will be performing with a full band, and your DJs for the night will be Calvin Francis of Colourful Radio and Chris Phillips of Jazz FM. Tickets are on sale now via Ticketmaster, but if you're feeling lucky then hit the bounce to enter to win these that we're giving away.
Center 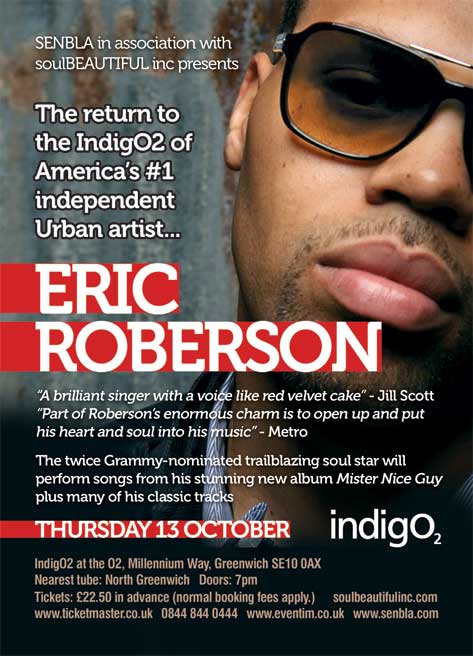