Ivory & Gold Are Certainly Not In The ‘Rookie’ Category 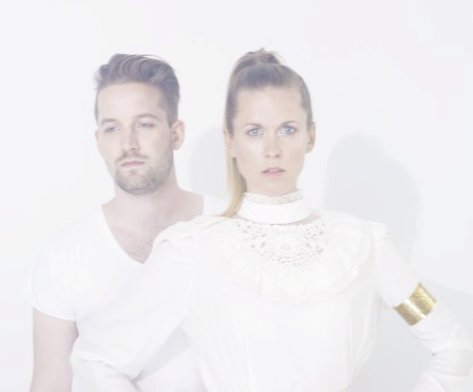 You know how we wait, sometimes years, for artists we like to release new material? Sometimes we get frustrated. Sometimes we accept that we won't get any newness and make do with what we already have. Sometimes we forget all about them. Then on the flipside you have artists who seem to be in a constant state of music release, whether it be album after album of solo material or via side-projects/collaborations. Personally, I believe an artist needs to try and find some sort of middle ground between these two extremes, but I'm certainly happy for them to lean towards the constant release schedule assuming that the material they put out is solid. Step forward Ronni Vindahl, or Vindahl as he's better known. Similar to his friend and collaborator Robin Hannibal, Vindahl has been a very busy man this year, having a hand in the Boom Clap Bachelors' Mellem Dine Læber, releasing his long awaited solo album Serendipity, and now releasing an EP as part of the Ivory & Gold. The duo consists of Vindahl on production duties and Danish singer/songwriter Karen Marie Groth on vocals. Their five-track EP, simply entitled I, is full of catchy hooks and top-notch production, similar to other Scandi-soul duos Quadron and Linn & Freddie but these two still manage to sound unique in their own way. There is no word yet on if/when I will get a US/UK release, but check out "Rookie" below and listen to the entire EP over at their SoundCloud page.